Hosin (David) Lee, an International Programs Faculty Fellow, is a professor of civil and environmental engineering and public policy at the University of Iowa. Lee also serves as the director of the Laboratory for Advanced Construction Technology Center (LACT). LACT conducts lab and field testing on innovative construction technologies for development and implementation by member institutes and companies. Lee coordinated a delegation visit of two Korean congressmen in March 2015, one of whom was recently elected minority leader in the Korean congress. In the following article, Lee recounts their visit to Iowa. 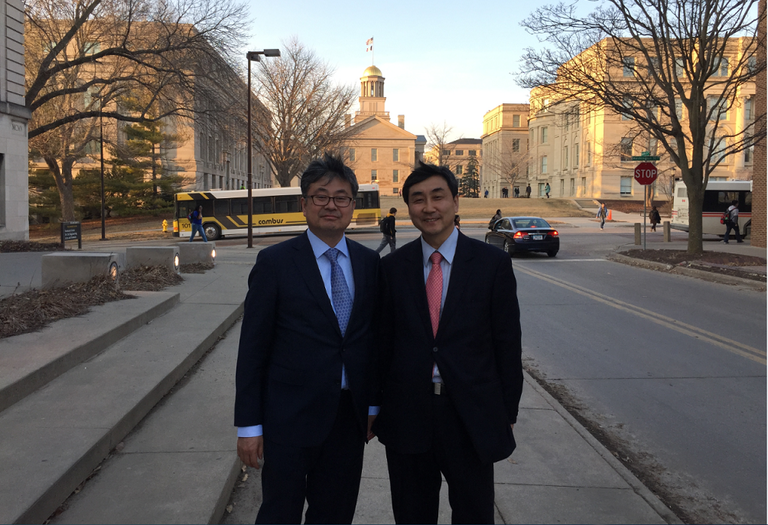 Collaborative possibilities were explored between the Korean Institute of Civil Engineering and Building Technology (KICT) and UI-based research centers such as the Laboratory of Advanced Construction Tehcnology (LACT), directed by Hosin (David) Lee, the Center for Computer-Aided Design (CCAD), directed by Karim Abul-Malek, and the National Advanced Driving Simulator (NADS), directed by Herm Reininga. 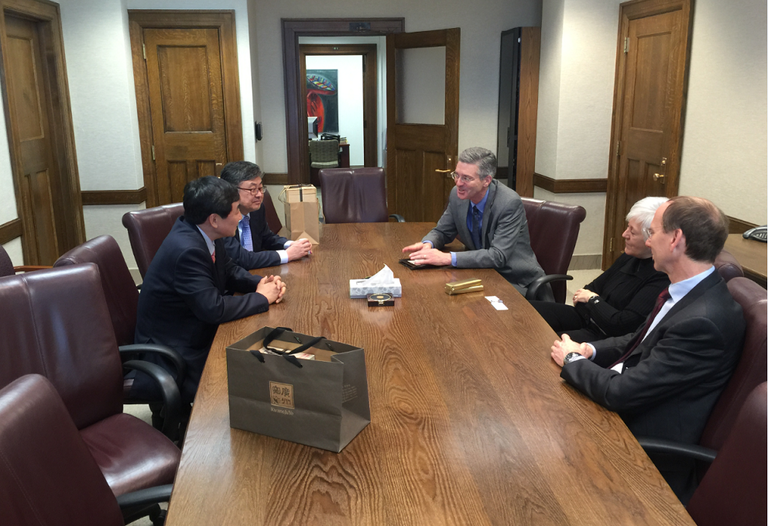 The delegation met with President Sally Mason and Provost Barry Butler to discuss the possibility of joint education and research opportunities. The congressmen also met with Dean Alec Scranton and numerous faculty in the College of Engineering.

A seminar, sponsored by International Programs, engaged University of Iowa Korean scholars, students, and their families in a discussion of the current political situation in Korea.

Dean Thomas presented a certificate of appreciation to Congressmen Lee and Choi, as did Biss Rosener, executive vice president of Asphalt Paving Association of Iowa (APAI), in recognition of their support for cooperative research projects between KICT and LACT. 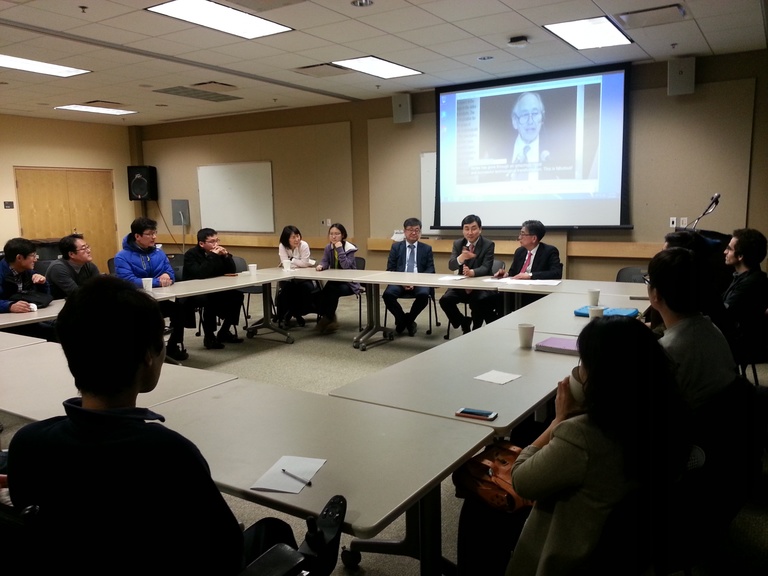 Shortly following the visit, Congressman Lee was elected by his peer congressmen to serve as minority leader to represent his party’s agenda.  He hopes to develop more cooperative research opportunities between various national research institutes in Korea and the University of Iowa.