Student Reflections on Race and Ethnicity: A year abroad in Spain and Peru 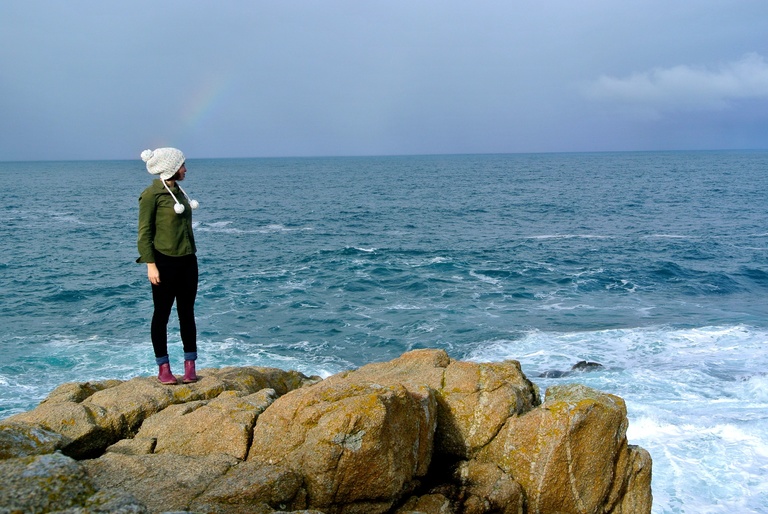 In this photo I am in Galicia, northern Spain. Galicia is known for its enchanting, cobblestone streets and rocky, dramatic coastlines. Being from Iowa, I don’t get to see the ocean very often. In this moment I was completely lost in the beauty of  the Atlantic Ocean. 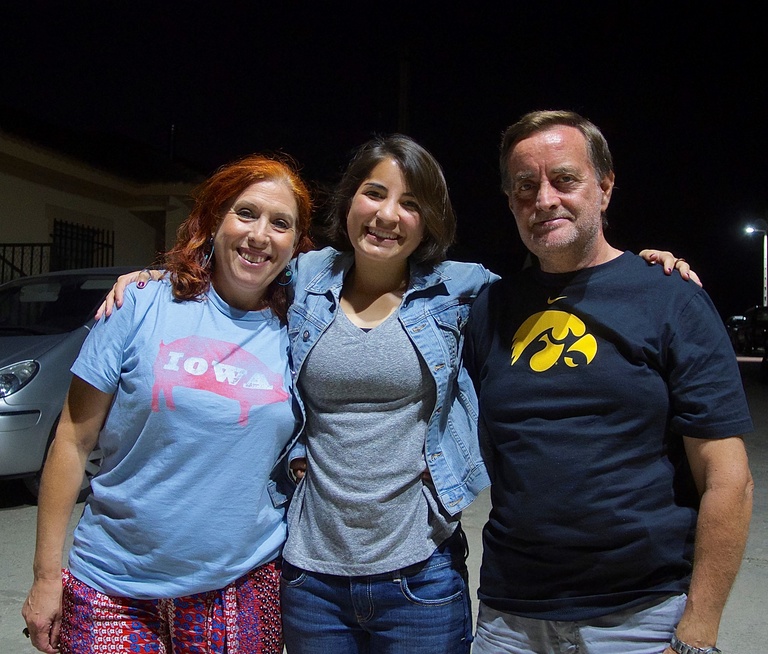 Here I am with my host family! As a gift, I gave them t-shirts that represent that state of Iowa. They really love them!

My name is Hanley. I am currently studying the 2014-2015 academic year abroad in Madrid, Spain. I decided to study in Spain after having spent a year in Peru. I became fascinated with the Spanish language and the many cultures that surround it.

My year in Spain has been one of the greatest experiences in my life, to say the least. Perhaps, one of the biggest revelations one could make while abroad is self-discovery. Regardless of people’s said intentions for going abroad, or even just travelling in general, they subconsciously are not only looking to see new parts of the world, but of themselves as well. People travel to find previously undiscovered parts of their identity.

While in Spain, I myself have discovered new parts of my identity.  I have discovered the more adventurous aspect of myself. I have learned to let go of inhibitions and try new things. Moreover, I have learned that trying new things, and change in general, can be a good thing—no, it can be an amazing thing! Sometimes our inhibitions are the wall that our fear establishes. But it is so exhilarating to break this wall down and see what the world has to offer. And in the process, more treasured characteristics such as bravery and tolerance are built. One of my most adventurous moments in Spain that continues to happen is my navigation of such a big city. This may sound silly, but coming from a small town in Iowa, the hustle and bustle, though it is exciting, can be overwhelming.

The map my host mom gave me was a confusing web of streets. The public transportation, above and underground, seemed to show no mercy for a lost foreigner. And the fast-walking, emotionless locals of Madrid seemed too intimidating to approach. I soon realized that if I were ever going to do anything in this beautiful city, I would have to overcome all of these obstacles I was making for myself. And I did! I quickly learned that people were willing to help and I just needed to remain calm knowing that I could figure everything out. Now, navigating the big city is not only possible, but even enjoyable.

Don’t be afraid to say yes to things you wouldn’t normally do at home. As Mark Twain once said: “Twenty years from now you will be more disappointed by the things you didn't do than by the ones you did do. So throw off the bowlines. Sail away from the safe harbor. Catch the trade winds in your sails. Explore. Dream. Discover.” So be bold, but remember to also be responsible. Take the chance to discover something—to find a new part of you.

Good luck with all your future endeavors!

Learn about the Diversity Ambassador Scholarship for study abroad