In the news: UI named a top producer of Fulbright students for sixth consecutive year 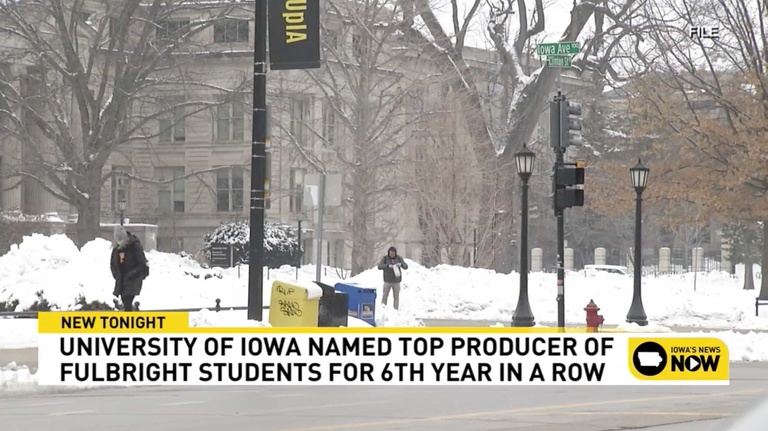 IOWA CITY, Iowa — For the sixth year in a row, the University of Iowa has been named a top producer of Fulbright students for 2020–21 with a record 24 recipients. This year also marks the 75th Anniversary of the Fulbright Program, which was created to increase mutual understanding between the people of the United States and the people of other countries. Fulbright is the world’s largest and most diverse international educational exchange program. The UI is ranked 12th nationally among research universities, surpassing last year's ranking of 18.

With more than 11,000 applicants nationally, the students at UI are very competitive. The Fulbright competition is administered at Iowa through International Programs under the guidance of Karen Wachsmuth, Fulbright Program Advisor and Associate Director of International Fellowships.