WorldCanvass season begins with Art and the Face of War: Goya and Tolstoy 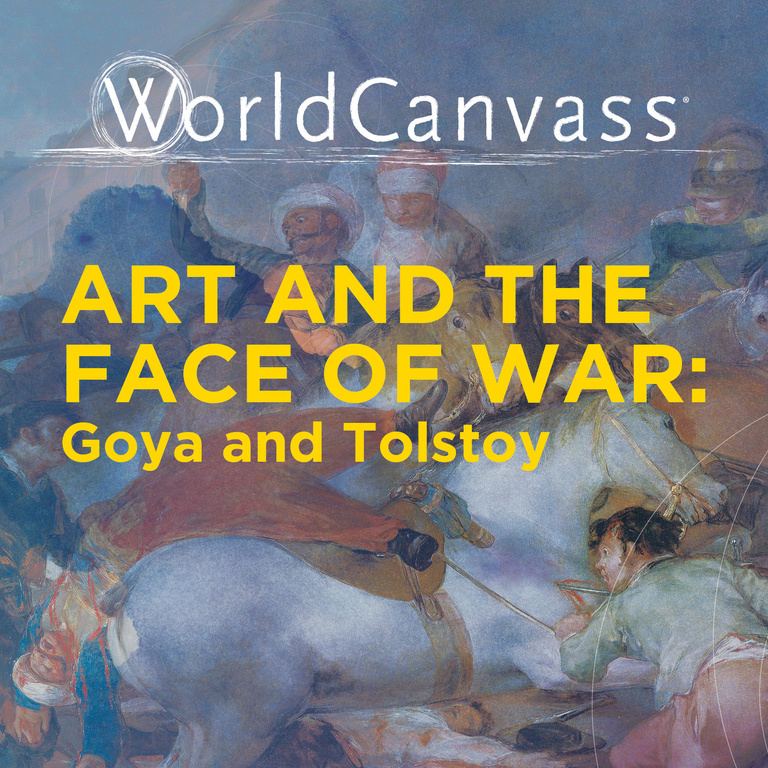 Join us on Thursday, September 19, for “Art and the Face of War: Goya and Tolstoy,” the first program in the new season of WorldCanvass.  While Spanish painter and printmaker Francisco de Goya and Russian writer Leo Tolstoy were separated by time and space, the two created incomparable masterworks centered on the tragic events of the more than decade-long Napoleonic Wars.  We’ll view that momentous period of human struggle and suffering through Goya’s shocking collection of prints called “Disasters of War” and Tolstoy’s novel “War and Peace,” exploring not only the original works but also later interpretations through film and opera.  WorldCanvass is free and open to the public.  The program is held at MERGE, 136 South Dubuque Street, in Iowa City from 5:30-7 p.m. with a pre-show reception from 5-5:30 p.m.

2019 marks the 250th anniversary of the birth of Napoleon and the 150th anniversary of the publication of “War and Peace.”  It is also the year in which Francisco de Goya’s “Disasters of War,” part of the UI Stanley Museum of Art’s collection, is being paired with Tolstoy manuscripts from UI Libraries’ Special Collections in a public exhibit. WorldCanvass guests will discuss the museum/library collaboration as well as a number of related activities in the fall including film screenings at FilmScene, an opera screening at the UI School of Music, and discussions as part of the Iowa City Book Festival.

Art and the Face of War:  Goya and Tolstoy

Why the Goya and Tolstoy connection?