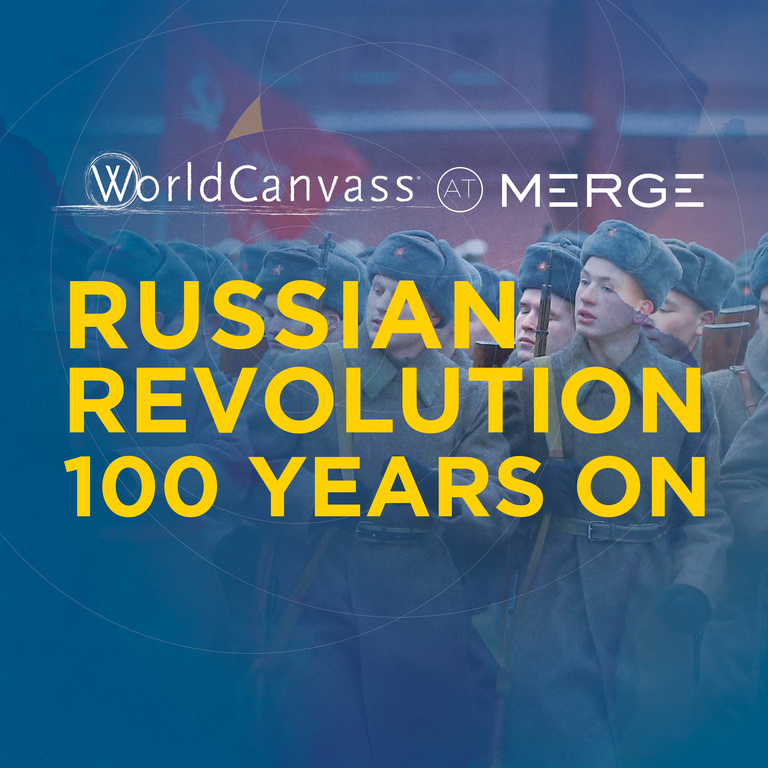 2017 marks the hundredth anniversary of the Russian revolution. That tumultuous century saw Russia reject the Romanov dynasty which had ruled for over three hundred years and embrace a new ideology whose leader, Vladimir Lenin, would become the head of the world’s first communist state.

The world watched as the Soviet Union re-created a Russian-dominated empire, lost millions of lives to purges and terror,  withstood the onslaught of Nazi Germany, faced off against the West during the Cold War, then dissolved, with Russia re-emerging under Vladimir Putin as a central player in global power politics.

Guests on the November 1 WorldCanvass will help us understand Russia’s historical trajectory, the cultural and social fallout from the revolution and its aftermath, and its place in today’s geopolitical constellation.  WorldCanvass will take place from 5:30-7 p.m. on November 1 at MERGE, 136 South Dubuque Street.  The program is free and open to the public.  Please come early for a pre-show catered reception from 5-5:30 p.m.

The Russian Revolution 100 Years On

Russia on the world stage