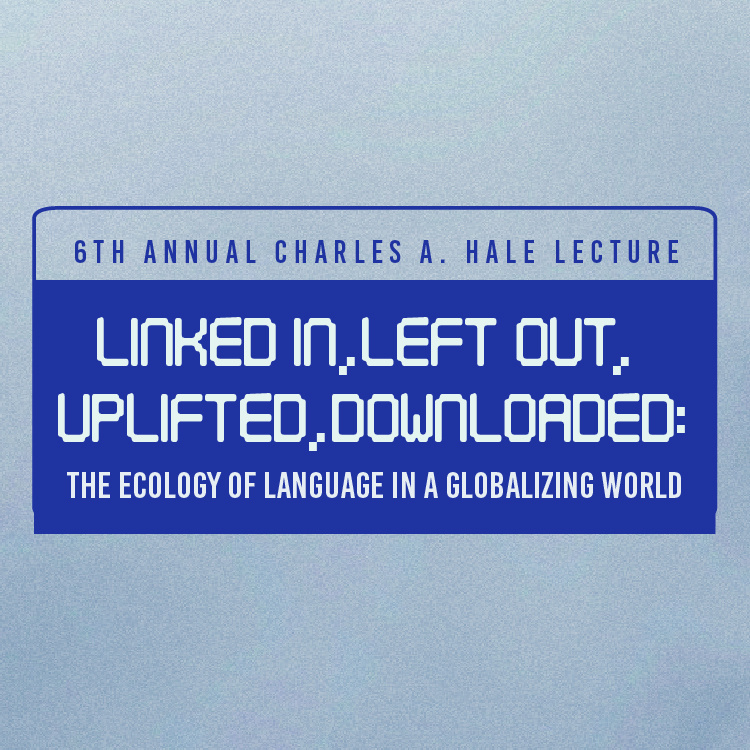 The Hale lecture honors the memory of Professor Charles A. Hale (1930 - 2008), a specialist in Latin American liberalism and intellectual history. He was a distinguished scholar and faculty member at the University of Iowa from 1966 to 1997.

Mary Louise Pratt, former president of the Modern Language Association, is the Silver Profession (2002 - 2015) and Professor Emerita of Social and Cultural Analysis, Comparative Literature, and Spanish and Portuguese at New York University.

Her most influential works include the books Towards a Speech Act Theory of Literary Discourse (1977) and Imperial Eyes: Travel Writing and Transculturation (1992; 2007), and the articles, "Arts of the Contact Zone" (1991), "Los imaginarios planetarios" (2005) and "Harm's Way: Languages and the Contemporary Arts of War" (2009).

This event is sponsored by the Perry A. and Helen J. Bond Fund for Interdisciplinary Interaction; Latin American Studies Program; International Programs; Obermann Center for Advanced Studies; Division of World Languages, Literatures & Cultures; Department of Spanish and Portuguese; Department of History;  Department of English; Department of Cinematic Arts; and Department of Communication Studies.

Individuals with disabilities are encouraged to attend all University of Iowa-sponsored events. If you are a person with a disability who requires a reasonable accommodation in order to participate in this program, please contact Joy Hayes in advance at joy-hayes@uiowa.edu, or (309) 235-4217.