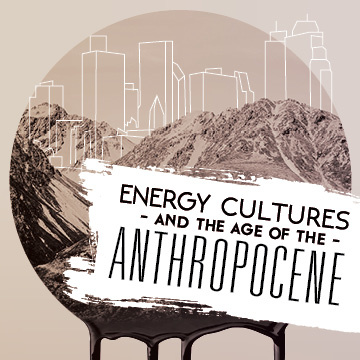 The term ‘Anthropocene’ entered the lexicon at the turn of the century as a way to describe the modern period of geological history when humanity’s influence has markedly and irreversibly affected the Earth, its atmosphere, biodiversity, and climate—in other words, the natural world.  Host Joan Kjaer and her guests on the next WorldCanvass will explore the age of the Anthropocene through the lens of energy, investigating the global environmental transformation effected by humans’ astonishing technological achievements in the search for greater creature comfort.  WorldCanvass begins at 5 p.m. on Tuesday, March 3, at FilmScene, 118 East College Street.  Admission is free and open to the public.

Both the existence of the Anthropocene and its onset are hotly debated. But one thing is clear: humans’ insatiable desire to control their environment has led to almost unimaginable feats of scientific investigation and ingenuity, allowing millions to live in comfort and ease like never before. However, the benefits that flow from harnessing the Earth’s resources for power and energy are not shared equally by all, nor are they produced without significant and potentially catastrophic damage to the landscapes that fill our literature, inspire the world’s artists, and will be the home for generations yet unborn.

This WorldCanvass discussion is part of a major humanities symposium sponsored by the Obermann Center for Advanced Studies entitled “Energy Cultures in the Age of the Anthropocene,” held on the UI campus March 5-7.  For more information on symposium events, visit the Obermann Center website.

Following WorldCanvass, FilmScene will present the documentary “The Great Invisible,” which reveals how many of the social and environmental effects of the Deepwater/Horizon/Macondo disaster and oil spill remain unresolved and asks deeper questions about our dependence on oil.

WorldCanvass: Energy Cultures and the Age of the Anthropocene

What is the Anthropocene? What is energy?

Environment as a right

WorldCanvass is a production of UI International Programs in collaboration with FilmScene and University of Iowa Video Services. For more information on WorldCanvass, contact Joan Kjaer at joan-kjaer@uiowa.edu or visit https://international.uiowa.edu/connect/programs/worldcanvass.