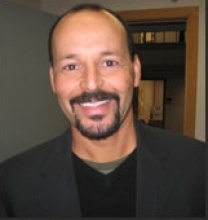 By Ahmed Souaiaia for the Iowa City Press-Citizen

Since the start of the protest movement widely known as the Arab Spring, in 2011, conditions in most Arab countries have spiraled out of control. With the notable exception of Tunisia, which just held its last round of successful parliamentarian and presidential elections, other Arab countries that were affected by the protest movement have fallen into a vicious cycle of violence that is threatening other countries in Africa, Asia and Europe.

In Libya, Syria and Yemen, rebels and outlaw groups exert control over large swaths of land. In Iraq, vast territories were overrun by ISIL. Saudi Arabia and Jordan face an increased threat from ISIL and al-Qaeda-affiliated groups. Deadly attacks are now common occurrences in Egypt. And most recently, individuals affiliated with ISIL and al-Qaeda carried out murderous attacks in Europe. Syria has become a magnet and training ground for dangerous, violent murderers from all over the world. In Iraq, between 2003 and 2013, more than 21,600 civilians have fallen victim to car bombs and suicide attacks.

Events associated with the Arab Spring are complex and difficult to understand. However, the University of Iowa will provide students, faculty, staff and the public with opportunities to learn about this transformative event known as the Arab Spring through many activities and programs throughout the current semester.

Starting Feb. 17 and running through May 15, visitors to the Old Capitol Museum will be able to examine some of the art of rebellion through a display titled “Unfinished Business: The Arts of the New Arab Revolutions.” The display, jointly supported by UI Libraries and the Old Capitol Museum, will be open to the public on the second floor of this historic building on the UI Pentacrest.

Students have an opportunity to learn about the causes and outcomes of these protests through a new course called “The Arab Spring in Context.” The course is open to graduate and undergraduate students and may meet majors’ requirements for students in religious studies, journalism and mass media, communication studies, and world languages, cultures, and literatures.

During the week of April 27, about 30 national and international experts and researchers will be in Iowa City to take part in an international conference titled “The Arab Spring in a Global Context.” Most of these speakers will appear on the university’s TV program WorldCanvass, which is produced by International Programs at FilmScene and is open to the public. The conference will feature keynote addresses, panel and roundtable discussions, and concludes with a musical show featuring Turkish music band Turkana.

These events and programs are primarily funded through the Provost’s Global Forum Award, which I am honored to have received for this academic year. Importantly, the program is a collaborative endeavor realized through tireless efforts of faculty and staff from many units and academic programs, including International Programs, the Stanley UI-Foundation Support Organization, the Department of Religious Studies, the Department of Political Science, UI Libraries, the Division of World Languages, Literatures & Cultures, the Department of Communication Studies, the School of Journalism and Mass Communication, and the UI Center for Human Rights.

It is through programs like these, which combine research, artistic endeavor and outreach, that the University of Iowa pursues its strategy of fostering publicly-engaged scholarship, a cornerstone of its mission to educate and inform. We invite students and the community at large to take part in these activities and engage scholars and each other about what might be one of the most significant international events in the first half of this century. A registration form and updated schedule of events can be found here.

Ahmed E. Souaiaia is an associate professor with joint appointment in Religious Studies, International Programs, and the College of Law at the University of Iowa.