Let Me Be Myself: Teaching Anne Frank in the 21st century

The meaning of the diary of Anne Frank and the Anne Frank House goes further than the tragedy in which they are rooted. They also serve as a mirror in which we can see ourselves, confronting us with who we are, what the values are that make us human and, who we want to be. Shortly before the opening of the Anne Frank House in 1960, Anne’s father Otto remarked that we should stop teaching history lessons and start teaching the lessons from history. He considered the diary of his daughter as a ‘document humain’. But what are those lessons from history? What is the relevance of Anne’s legacy for generations, whose grandparents and even great-grandparents were born after World War II? Do the circumstances and events from the past still have a guiding significance in 2022? In his lecture, Ronald Leopold will explore why Anne’s words could help us to better understand the challenges of our own times.

Ronald Leopold was born in 1960 in Groningen in the north of the Netherlands. From 1978 to 1985 he studied history at the University of Groningen, and during his studies he lived for two years in Budapest, where met his wife. Since 1985 he has lived in Amsterdam together with his wife and daughter. After his studies, he held a variety of posts at the General Pension Fund for Public Employees, where among other things he was involved with the implementation of legislation affecting war victims. In 1990 he moved to the Pensions and Benefits Council, which he directed from 2006. Ronald Leopold has been the Executive Director of the Anne Frank House since 1 January 2011. 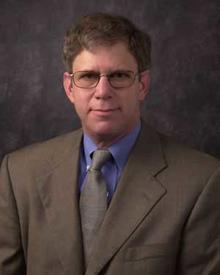 Joel Barkan was a serious scholar of the politics of Africa who, after his retirement from the university in 2005, went on to have a second career in Washington, D.C., as a consultant with the National Endowment for Democracy (NED), the World Bank, and the Agency for International Development. He also served for several years as senior associate at the Center for Strategic and International Studies (CSIS). Many of the university’s faculty, staff, and administrators knew him also as a creative program-builder who made lasting contributions to international studies at the university and to the regular discussion in Iowa City of changing political, economic, and social circumstances in the world. UI faculty members who were his colleagues and who teach international studies proposed that Joel Barkan be recognized in a named annual campus lecture. The first annual Joel Barkan Memorial Lecture was given in 2015.

Featured in the Provost's Global Forum, Why School? International Perspectives on Education and Social Transformation

Featured in the Provost's Global Forum, Against Amnesia: Archives, Evidence, and Social Justice.

2017 - Gautam Yadama, dean and professor at the Boston College School of Social Work

Featured in the Provost's Global Forum, Women’s Health & the Environment: Going Up in Smoke.

Featured in the Provost's Global Forum, The Nation, the State, and the Global Redefinition of Self-Determination.

2015 - Shibley Telhami, the Anwar Sadat Professor for Peace and Development at the University of Maryland and a non-resident senior fellow at the Brookings Institution

Featured in the Provost's Global Forum, The Arab Spring in a Global Context.