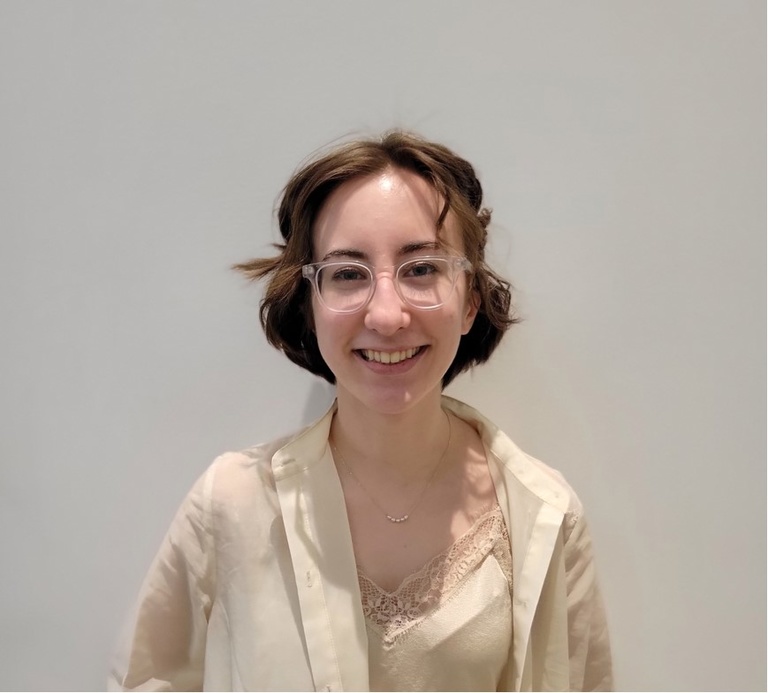 University of Iowa international studies and economics student Ryann Hubbart of Clinton, Iowa, has been awarded a 2022 U.S. Department of State Critical Language Scholarship (CLS) to study in Amman, Jordan, this summer for an intensive Arabic language program.

Having already studied Spanish in high school, Hubbart saw college as the perfect opportunity to learn a new language.

"I figured that if there was any time where I’d be able to start the process of learning a language like Arabic, it was in college, so I took my first class the fall of my freshman year," says Hubbart. "I’ve continued it ever since because the language itself is so fun! I can’t even contemplate how different not only my academic trajectory but my personal development would’ve been if I hadn’t started learning Arabic. The process is so much more than learning a language, it rewires the way you think about the world and your place in it."

In addition to her enjoyment of the language, Hubbart credits the incredible people in the Arabic program at Iowa for getting her this far in her language studies.

"Dr. Asma Ben Romdhane was the first introduction I had to Arabic and her energy and love of teaching Arabic is contagious," says Hubbart. "Tarek Chaouch was a foreign language teaching assistant my freshman year and his constant encouragement at every conversation hour kept me going. Professor Alaa Nasef is passionate about teaching Arabic grammar and linguistics, which has only fueled my own enjoyment. And Dr. Yasmine Ramadan more than anyone has given me the greatest help, encouragement, and inspiration, as well as shared so much of her time and knowledge. Hopefully one day soon I’ll be able to read Arabic novels!"

"The people I’ve gotten to know at Iowa were the greatest encouragement to me."

"Hopefully (inshallah) I will go to grad school in the near future where I want to continue to develop and use my Arabic skills," shared Hubbart. "I’m interested in the period of decolonization in the Middle East and North Africa and how decolonial intellectuals reimagined a post-colonial future. I hope to use my Arabic skills to read works by Arabic-speaking intellectuals, activists, and political leaders from then and now."

Putting together a strong CLS application takes introspection and persistence, and Hubbart is so grateful for all of the support she has received from friends and colleagues throughout the process it's inspired her to want to give back.

"Previous CLS winners I knew sent me their essays, shared about their experiences, and helped proofread my essays (thank you Holly Harris and Abigail Martin!). My roommates and friends put up with a lot of questions about ‘how I’ve displayed resilience’ and the emotional turmoil of writing so many personal statements I thought I might combust. When I found out that I was a finalist, my friends were even more ecstatic than I was (thanks Lizbeth Dondiego Moreno, Shannon Walsh, and Riley Hubbart)!  The people I’ve gotten to know at Iowa were the greatest encouragement to me, so to fellow students interested in pursuing a CLS, I would love to be a cheerleader like all the wonderful cheerleaders I’ve had. Send me an email at any time!"