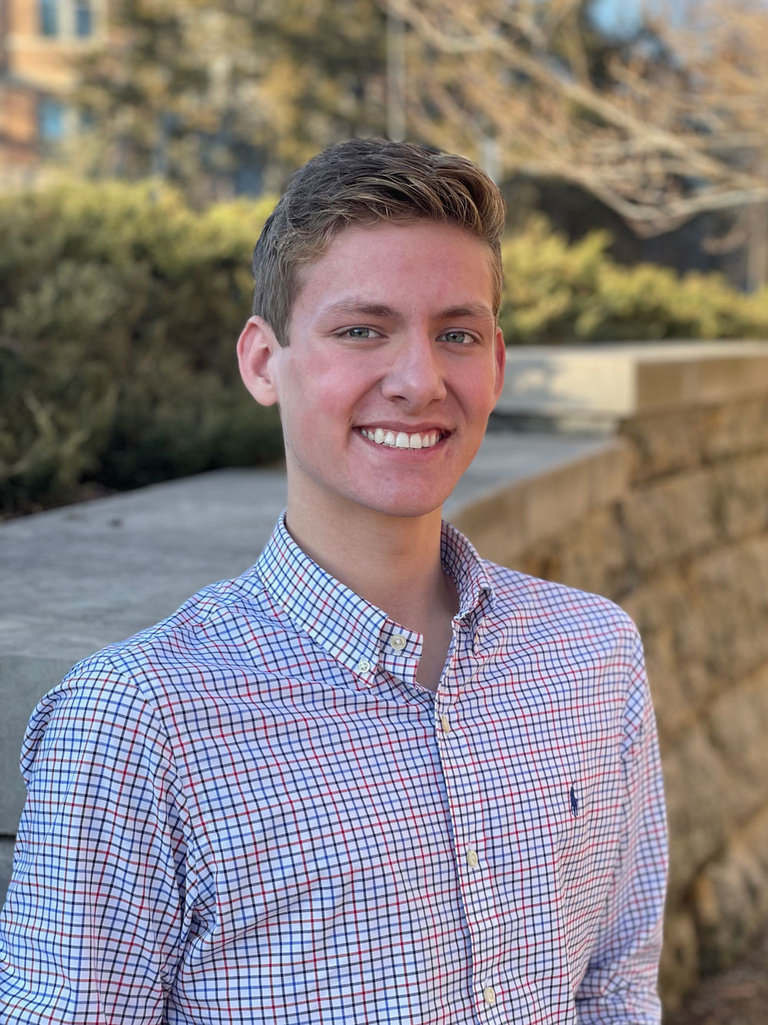 University of Iowa biochemistry student Grant Welk of Ames, Iowa, has been awarded a 2022 U.S. Department of State Critical Language Scholarship (CLS) to study in India this summer for an intensive Hindi language program.

Growing up vegetarian in Iowa, Welk's first introduction to Indian culture was through Indian cuisine, which eventually led him to open himself up to Hindi films and music.

"Whether through Bollywood movies, music, cuisine, or festivals, I have been amazed by the great diversity of cultures throughout India and their interrelation with one another," said Welk. "Being centered in a very culturally diverse region as the third most widely-spoken language in the world, Hindi serves as an important bridge to connect with and learn from many others. I think that everyone should push themselves to deepen their understanding of cultures different than their own. I believe that language learning allows one to gain a more nuanced understanding of other cultures based on how the language interconnects with society and daily life."

"I think that everyone should push themselves to deepen their understanding of cultures different than their own."

Welk, who is also pursuing an undergraduate certificate in public health, sees his language studies as a critical step towards a career in the field of medicine. "I think that it is important to understand research and healthcare not just from a singular American perspective but from other backgrounds as well," shared Welk. "Next year, I aim to submit a proposal for a Fulbright-Nehru Research Fellowship in northern India in collaboration with public health researchers in the U.S. and in India. Having an immersive background with Hindi will allow me to better lead research with direct applications for the local area and connect with nongovernmental organizations in India in my future career."

Like many awardees, this was Welk's second time applying for a CLS, discovering that going through the application process the first time made him a stronger applicant in the future.

"Asking for help is incredibly important while learning a language and when preparing applications," said Welk. "Under the guidance of Dr. Karen Wachsmuth and my mentor, Professor Emeritus Dr. Philip Lutgendorf, I have learned to push myself and communicate ideas clearly. I have learned to not let roadblocks stop you and to open yourself up to new opportunities. After not receiving the award last year, I was determined to apply again and decided to enroll in a virtual Hindi language program in preparation. I now feel much more confident about studying Hindi and immersing myself in Jaipur this summer!"