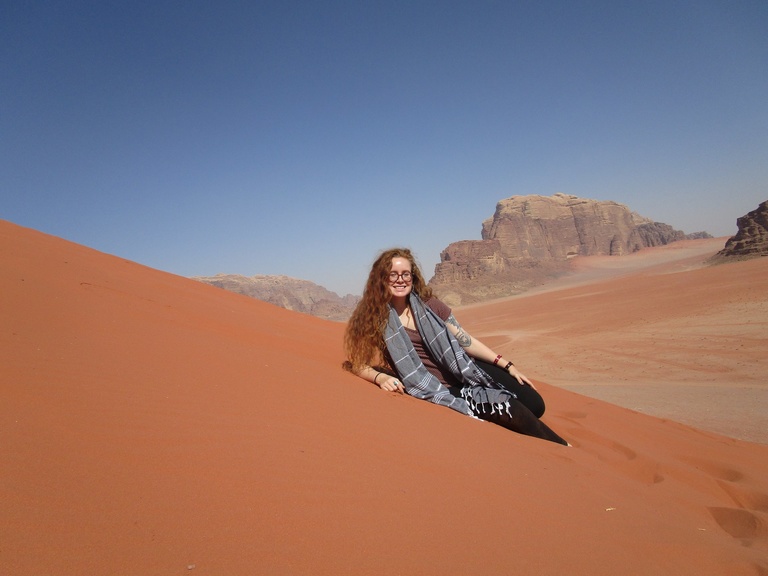 "My passion for studying the Arabic language developed after spending a semester abroad in Amman, Jordan," said Abigail.  "Studying the colloquial dialect in Amman allowed me to immerse myself in the culture and to communicate with my host family. It's essential to understand the language and culture of a country when completing political analyses. My interest in studying Levantine politics is the reason I hope to become fluent in Arabic."

"The language skills I acquire this summer will be invaluable in the pursuit of my educational and professional goals."

"After completing the CLS this summer, I hope to be close to fluent in the formal dialect," said Martin.  "I'd like to put my newly acquired language skills to use by working for an NGO in the Levant. I'm interested in completing research in the region as well. In the long term, I'd like to work for a federal agency like the State Department's Bureau of Population, Refugees, and Migration or the Foreign Service. The language skills I acquire this summer will be invaluable in the pursuit of my educational and professional goals."

CLS is a competitive scholarship, but Martin encourages her fellow UI students not to be discouraged.

"This is my second time receiving the CLS. The first time I applied, I was hesitant to submit my application. I was worried that I wasn't as accomplished or as interesting as other applicants. After receiving the CLS last year, I realized that anyone who is able to show their commitment to the mission of the scholarship is capable of becoming a finalist. My advice to any applicants that are uncertain about their chance of receiving a particularly competitive scholarship is to just go for it. Cast a wide net -- apply for everything you are able to. Don't be afraid to reach out to faculty for assistance or recommendations. If I can do it, so can you!"