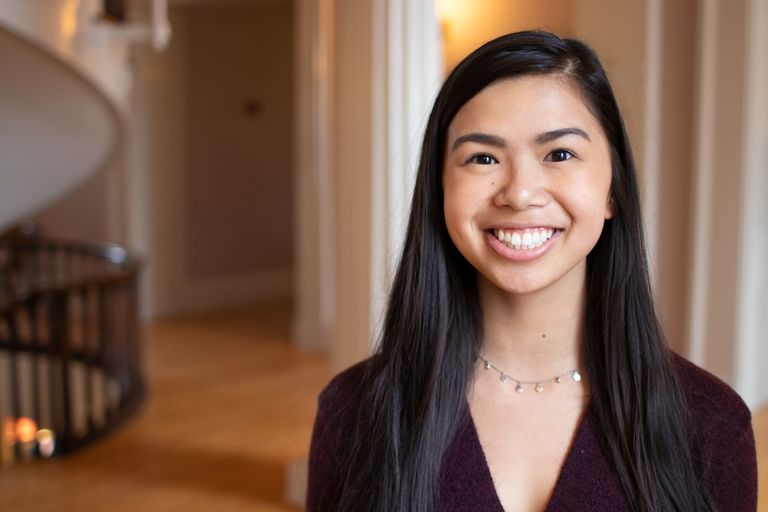 University of Iowa student Holly Harris of Waterloo, Iowa, has been awarded a 2020 U.S. Department of State Critical Language Scholarship (CLS) and will travel to Florianópolis, Brazil, this summer for an intensive language and cultural immersion program.

"I lived in Brazil for a year as a Rotary Youth Exchange student and was captivated by their rich culture, language, and delicious food," said Harris. "After learning Portuguese colloquially, I knew that I wanted to continue studying it academically. It is the sixth most spoken language in the world and therefore opens doors to exploring culture across Europe, the Americas, Africa, and Asia."

Acquiring a superior fluency in Portuguese allows me to use the remainder of my time as an undergraduate student for not simply learning Portuguese but academically and critically applying it.

"Acquiring a superior fluency in Portuguese allows me to use the remainder of my time as an undergraduate student for not simply learning Portuguese but academically and critically applying it," says Harris. "As a Spanish minor, I envision that by achieving a higher fluency in Portuguese it will be easier to distinguish the similarities of the two languages. Ultimately, I plan to have an international career in the nonprofit sector and the CLS program will be the start of achieving and surpassing my goals."

"My advice for students is to really believe in themselves and find mentors who do as well," says Harris. "For those interested in pursuing a CLS for Portuguese, I highly recommend becoming involved in the Portuguese department as we are a small close-knit community and the professors are extremely supportive and encouraging!