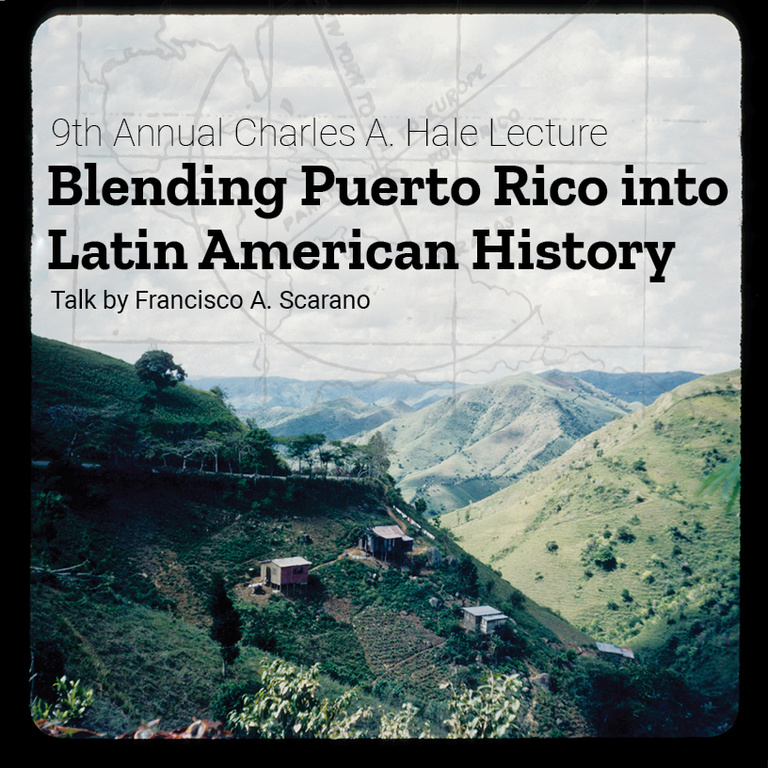 The Hale Lecture honors the memory of Professor Charles A. Hale (1930-2008), a specialist in Latin American liberalism and intellectual history. He was a distinguished scholar and faculty member at the University of Iowa from 1966-1997.

Francisco A. Scarano is professor emeritus of history at the University of Wisconsin-Madison. He has published important studies on a variety of topics from all periods of Caribbean and particularly Puerto Rican history, including slavery and the plantation economy, reconstituted peasantries, and race and racialization processes.

Individuals with disabilities are encouraged to attend all University of Iowa-sponsored events. If you are a person with a disability who requires a reasonable accommodation in order to participate in this program, please contact Amber Brian in advance at amber-brian@uiowa.edu, or 319-335-2231.