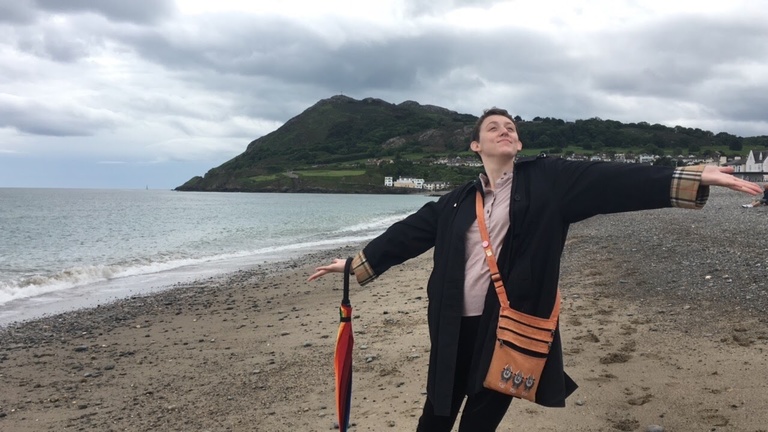 On the beach in front of Bray Head


Bray is a quaint, compact town south of Dublin. It has a nice combination of friendly community, a freshness in the air that can only mean you’re a step away from the sea, and a darling view of Bray Head. But it’s also the home of a very special gallery called Signal Arts, where I’m interning this summer.

It was a surprise to us both, but upon moving into UCD Campus I was introduced to the person who would be interning alongside with me at the same place. The two of us were similar in that we were very nervous about our first day at work—because we had so many questions. What will our work environment be like? Will the Signal staff be nice? What will our duties be like? How do we get to this seaside town 30 minutes away? A remedy for some of our nerves was to make a test-run trip down to Bray over the weekend to check everything out.

In a lot of ways, I was glad I wasn’t alone in this. So, we hopped on a bus and half an hour later arrived in the little town of Bray. We easily sound Signal Arts, and then our mission was suddenly complete. What now? 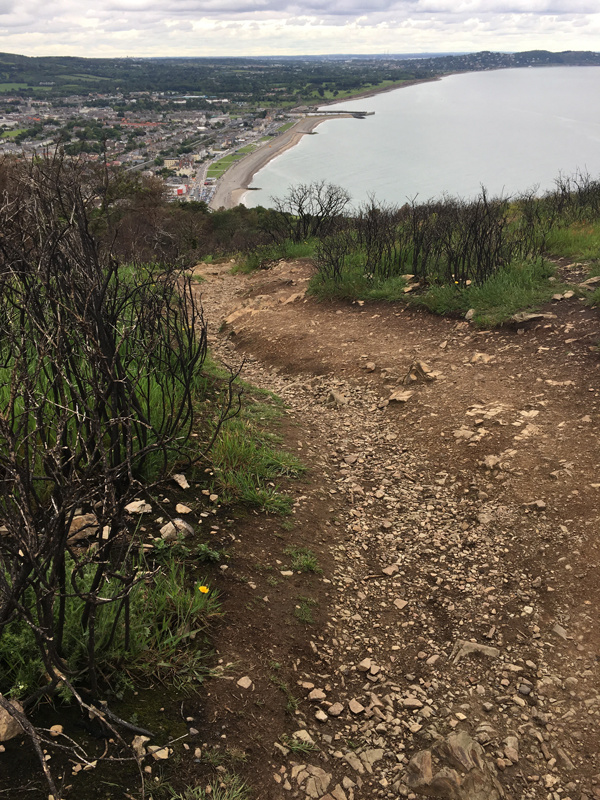 a long way down


In the meantime, there was no ignoring the spacious, pebble-rich shore that proved to be a perfect view of the tallest thing in Bray—which is called Bray Head. (We were later corrected that it is, in fact, a “hill,” but at the time we called it a “mountain.”) Everything you hear about lush green, rolling land in Ireland materializes into Bray Head when you see it—a beautiful, sloping hill, practically sitting on the water. We found ourselves walking along the shore toward the base of it, only to find that other people were doing the same. We soon discovered that climbing Bray Head was a common activity for locals and a check-off for tourists. The path that skirted the bottom of the hill was flat, steep, but easy to do. We decided that climbing this thing could wait for another day and that we were just having a look around. However, we found ourselves making our way higher and higher. We figured, the path was so easy to follow, why not go a little farther?

Everything changed when the path became a narrow tunnel in the trees, full of snaking roots, sharp rocks, and slippery slopes (Ireland isn’t exactly a dry country). For whatever reason, we just kept going. Actually, we nearly gave up and turned around at the foot of a particularly steep-looking area—we had the kind of moment where you wonder what getting back down will be like. Never a good feeling.

Some people on the way back down must have seen us and knew what we were thinking. They told us to keep going, and that we were 10 minutes from the very top. 10 minutes! I remembered looking at each other, both of us already tired, and a little sweaty, and figured that if we made it this far, we might as well finish what we started.

The next 10 minutes were grueling, to say the least. I had been out of breath for a while at that point and was really wishing that I had brought a water bottle and better shoes. Then again, I didn’t know I’d be climbing a mountain that day. Even though I was incredibly unprepared for it, I can’t be glad enough that I did do it. The view of the sea and little Bray down below was entirely worth the trek. 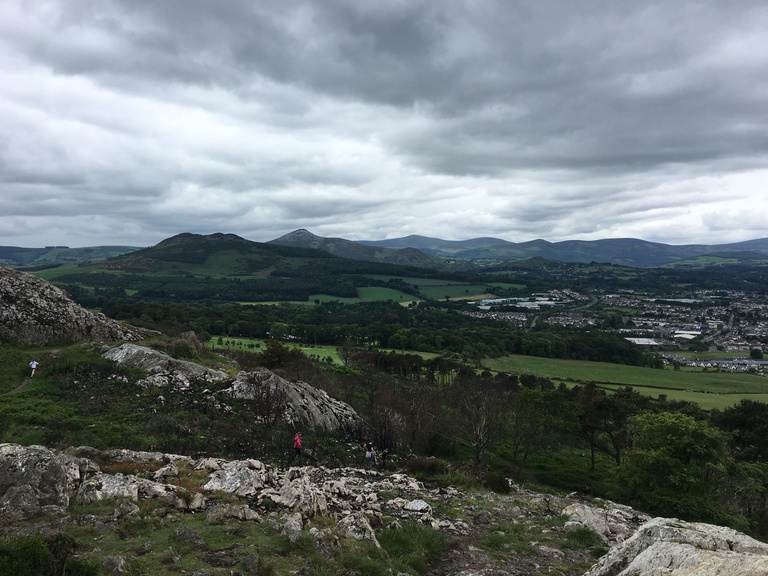 From the top of Bray Head - do you see the people?


I’m not saying climbing Bray Head is an actual rite of passage or anything, but it did feel good to say that I had already achieved doing so when I met everyone at Signal Arts. I think it’s OK—and maybe it’s obligatory—to dive into things headfirst when you’re abroad. Or you know, do things outside of what’s comfortable. The outcome can be so fulfilling, and make for great stories. Whether you think 2 months is a long or short time, it flies by quicker than anything; it doesn’t do to keep putting things off, because when will you ever have the chance again?

There’s another “rite of passage” that’s somewhat minor in comparison, even though it was stressed to us at orientation. We were told that when an Irish person asks, “would you like a cuppa?” it doesn’t have to mean “do you want tea,” and it doesn’t matter whether or not you really want tea, because the question has more to do with camaraderie. What it’s really asking is if you want a chat. So, when we walked into Signal Arts for the first time and shook hands with our new boss, the second thing she said to us being: “Would you like a cuppa?” we readily replied, “Yes.”

*Wren Fleming is an English major at the University of Iowa. The Des Moines, Iowa, native is spending her summer on an IES internship in Dublin.