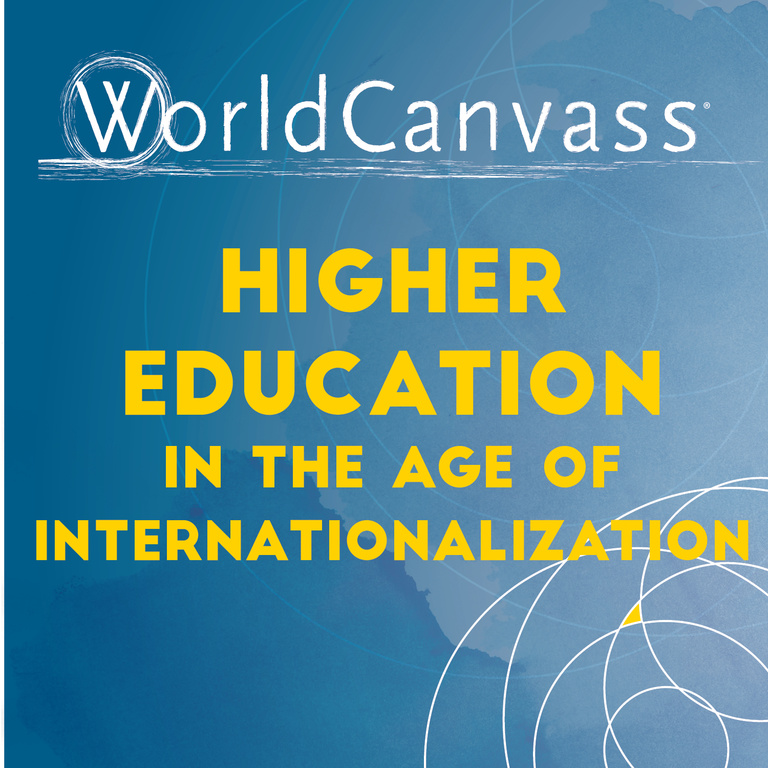 Howard Kerr, a native Iowan and 1960 graduate of the UI, has been named the 2016 recipient of the International Impact Award. UI Provost Barry Butler and Associate Provost and Dean of International Programs Downing Thomas will present the award to Kerr at 7:30 p.m. on Thursday, November 17, as part of the television/radio/internet program WorldCanvass.  Also appearing on WorldCanvass to discuss the challenges and opportunities offered by increasing internationalization in higher education will be Ellen Hazelkorn, policy advisor to the Higher Education Authority, Ireland, and Barbara McFadden Allen, executive director of the Big 10 Academic Alliance.  The program takes place in the Recital Hall of the Voxman Music Building from 7:30-9:00 p.m.  No tickets are required and the public is invited to enjoy a pre-show reception from 6:30-7:30.  You can RSVP for the event here.

The University of Iowa’s International Impact Award honors exceptional individuals in any field who have made sustained and deep contributions internationally or in the U.S. to promote global understanding. Past recipients are Rebecca Arnold (2015), Roger Thurow and Selma Jeronimo (2014), Marcelo Mena-Carrasco (2013), Hualing Nieh Engle (2012), Trudy Huskamp Peterson (2011), and Richard and Mary Jo Stanley (2010).

In the first segment of WorldCanvass, host Joan Kjaer will talk with Kerr about his years of service at the highest levels of government.  He was a commanding officer in the U.S. Navy during and after the U.S. engagement in Vietnam, and he served as military aide to Vice President Spiro Agnew and to Vice President Gerald Ford.  When Ford assumed the presidency, he stayed on as his naval aide.  Kerr worked in the West Wing as executive assistant to a counselor to the president, providing information and advice to support the president and commander in chief.  Kerr earned two graduate degrees from the Fletcher School of Law and Diplomacy and, following his Navy career, was the president of two corporations with international business, served on several boards, and was elected to three terms as mayor of Lake Forest, Illinois. Closer to home, Kerr has shown lifelong devotion to the UI, particularly the College of Liberal Arts and Sciences, returning often to lecture to students in political science and serve on the Dean’s Advisory Board.  Brian Lai, associate professor of political science, will share the stage with Kerr.

In part two of WorldCanvass, Thomas will join Hazelkorn and McFadden Allen to discuss the critical role of internationalization in 21st century higher education.  The question isn’t if institutions of higher education will have to address a globalized environment, but how best to do so.  And in part three, Benjamin Hassman, UI rhetoric lecturer and director of the Conversation Center, undergraduate student and member of IC Leaders Akshaya Warrier, and Anis Shakirah Mohd Muslimin, a member of the UI International Student Advisory Board, will discuss a number of efforts underway on the UI campus—many of them led by students—to improve campus climate and provide deeper levels of engagement between domestic and international students.  (Please note:  Ellen Hazelkorn will deliver a public address to kick off the Commitment to Internationalization lecture series on Wednesday, November 16, at 4:40 p.m., in the Old Capitol Senate Chamber.)

WorldCanvass: Higher Education in the Age of Internationalization

This event is part of the 2016 UI celebration of International Education Week.

WorldCanvass is recorded before a live audience for later broadcast on YouTube, iTunes, and the Public Radio Exchange. Free podcasts can be downloaded from iTunes and past programs are available through IP’s website.

WorldCanvass is a production of UI International Programs in collaboration with the UI School of Music and the UI Office of Strategic Communication. For more information on WorldCanvass, contact Joan Kjaer (joan-kjaer@uiowa.edu) or visit the WorldCanvass web page.