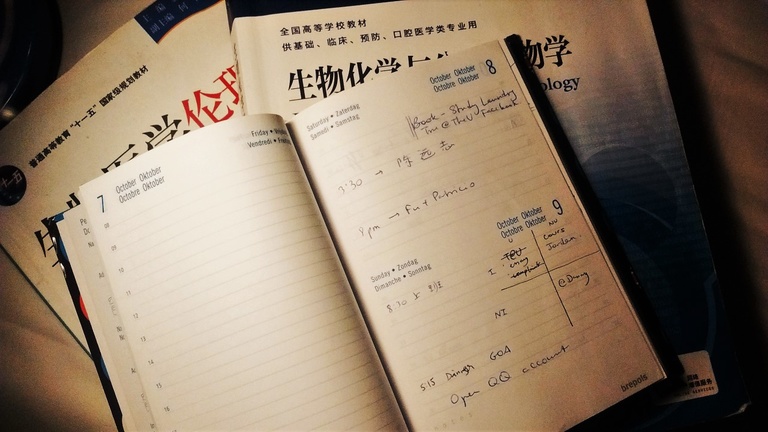 My planner: made in France, owned by a Tahitian, used in Hangzhou... is unique in China.

Through violent storms, rigid oaks can undergo uprooting while flexible bamboos bend to survive. When moving to China, a student needs to imitate the bamboo by adopting the physical and psychological agility of Chinese pedestrians in crowded streets. Unlike Western pedestrians who believe their last day to have come when surrounded by hundreds of cars, bikes, and electric motorcycles, the Chinese locals slalom and adapt their path to the vehicles’ one, safely reaching their destination with an undisturbed face. Over the past month at Zhejiang University, I discovered that Hangzhou students and professors plan less in advance than Americans seem to, embracing a more adaptable way of life and embodying a concept which I once learned from a native professor, the concept of “Chinese flexibility.”

Any student living in China should be ready to face unexpected changes in plans 24/7 as the Chinese culture values constant adaptation.  Upon my arrival, I quickly learned that planners are of little use here; they are not even sold in shops and my Chinese friends smile when they see mine. In the US, I used to have my weeks planned far in advance… a situation I could not recreate in Hangzhou. My Chinese friends always decide when to get together a day before, business trips are scheduled the week of, and administrative notifications are often sent with a 48-hour notice. As a result of such situations, I slowly realized that in order to remain sane, I should accept lacking full control over my schedule.

In order to navigate a society valuing flexibility, creating strong relationships is indispensable. The concept of “Chinese flexibility” and need of constant adaptation can be destabilizing for a freshly-arrived, unprepared mind. Coming to China for the first time and being unable to speak the language makes one especially vulnerable to cultural shocks when dealing with, what a busy American would call, “last-minute planning.” Together, the other students and I had to get organized in order to quickly adapt to unexpected situations and successfully complete the administrative formalities of the first weeks. Despite coming from over twenty different countries, we crossed cultural barriers and helped each other by exchanging useful information through “Wechat” (the Chinese Facebook). The difficulties brought us closer; the community spirit we developed in our living place became a great asset when facing issues of all kinds.

Interestingly, over the past month, the administration staff often told us to “ask to our Chinese friends” when we had a problem. When we did, we discovered how willing to help our local comrades were. Their behavior shed light on a spirit of solidarity that surprised many of us. Therefore, I started wondering how the concept of “Chinese flexibility” relates to Chinese “关系,” or “Chinese-style networking.” In China, networking is reciprocal exchange, a social rule summarized as followed: “When you help me, I owe you and have the duty to help you back.” After practically experiencing the concept of “Chinese flexibility,” I am starting to believe that, at least in developed Chinese cities, uncertainty forces individuals to rely on each other more strongly than individuals of the Western countries I lived in throughout my life. By being well-connected, individuals receive help more easily and more quickly when unexpected events occur. 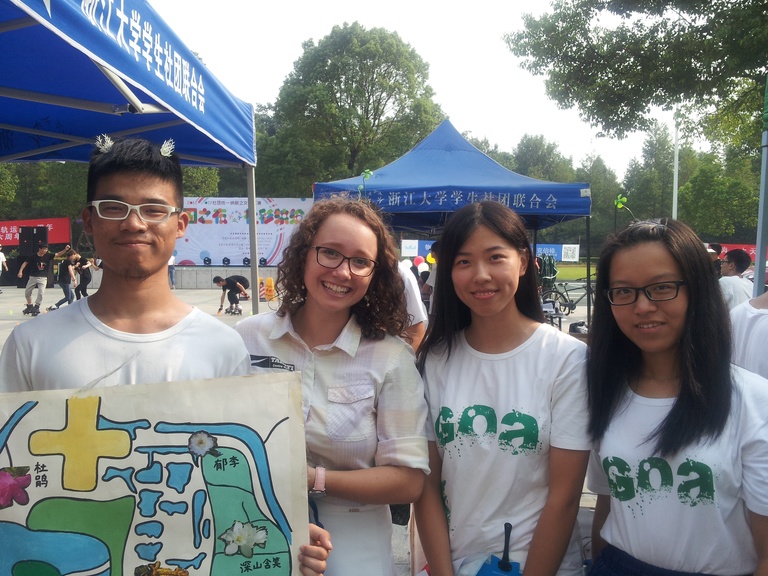 Ever since after we met at the Student Org Fair, 陈远志 (second right) and “Little Whale” (first right) from the University Green Association offered me great support.

Nonetheless, the opposite phenomenon could also be argued: in a communalist society like China’s, individuals may be more flexible to change because less individualistic and as a result, they may be less sensitive to having their personal plans disturbed. The density of population in major Chinese cities could also be a reason explaining “last-minute planning:” the more people one deals with, the more unexpected events one is likely to face daily, and the more adaptable one needs to be in order to succeed. 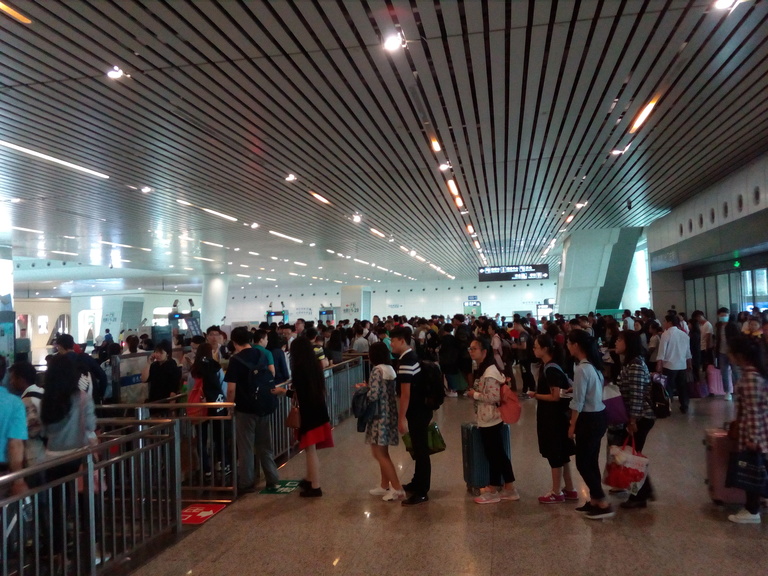 After discovering such a new way of living among the Chinese, I agree more fully with the saying that one has to escape one’s system to better understand it. Like many other American and French individuals, I prefer to schedule events far in advance; this habit may be due to the individualistic nature of my culture. The idea that long-term planning is not a necessary component for success puzzles me. I truly admire Zhejiang University’s professors and students who are able to manage a constant adaptability and rank third academically in a country of almost 1.4 billion inhabitants. Such reality is a good reminder that the model I learned over the years, more rigid about planning, is not a world standard: each nation adopts the lifestyle that best suits their culture to achieve success.

*Astrid Montuclard is a guest blogger studying Chinese and Pre-medicine at the University of Iowa. An international student born in France and raised in Tahiti, she came to the UI to run track. As a Senator for Student Government last year,  she spearheaded the new mental health awareness campaign True@TheU, launched this fall on campus.