You can't always get what you want 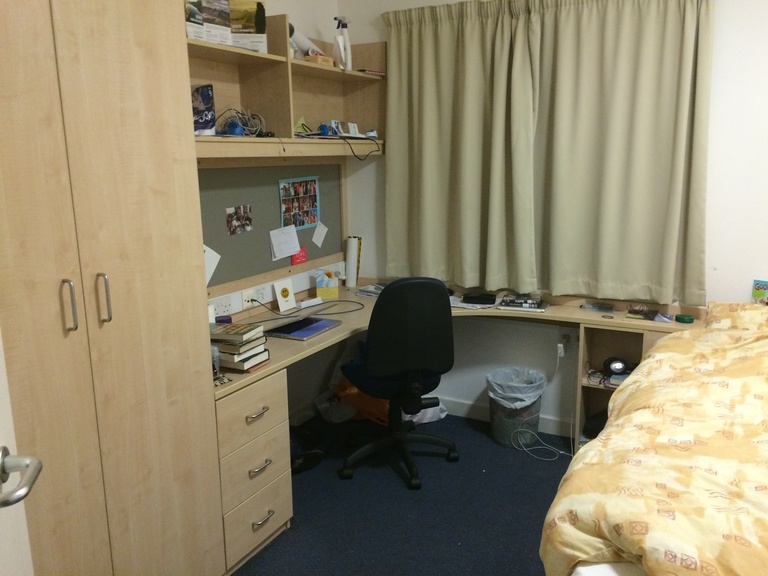 I wanted Bowland College, but I got Furness College instead.

All students at Lancaster are divided into colleges. Not like “College of Liberal Arts and Sciences” or “College of Nursing”; they’re social colleges, not academic colleges.

Think Hogwarts houses. Each college has its own buildings that include a common area and a bar. So, when we enroll at Lancaster, we choose one of the eight undergraduate colleges, usually based on its location and the type of accommodation it offers. We live with people in our college and join our college’s sports teams to compete against the other colleges. I chose Bowland because its accommodation looked so nice, its flats had very few people in them, and it was in the very heart of campus. But I got Furness, my second choice, which is a small college with less fancy bathrooms and more people per flat.

So I am a Furnessian.

I am also Posh. There is no way to say that without sounding inherently British, because I have never used the word “posh” in the U.S. in any context other than when referencing one of the Spice Girls. But our Furness housing is divided into Posh—those with bathrooms in their rooms—and Ghetto—those who have only one bathroom per flat. The four Posh buildings are clustered together, and the three Ghetto buildings are right next door. These buildings are then divided into flats, with up to eight people in the Posh ones and up to four people in the Ghetto ones.

When I first moved into my Posh flat, having adjusted to receiving my second choice college, I encountered another disappointment. Not because of how it looked; it looked just fine. The long, door-lined hallway (kind of like a dorm floor) was clean and homey. The kitchen was nice and big, with two fridges, freezers, ovens, and stoves, lots of cabinet space, and a nice table in the center. My room had a big desk and closet with plenty of places to store the few things I’d brought. No, on the surface, everything looked very nice and comfortable.

But I had requested to live with all girls, and I found out very quickly that there were only two other girls…and five boys. Once again, I didn’t get what I wanted. What was I going to do when I wanted to go into the kitchen for a snack with wet hair, no makeup, and pajamas? Would the guys have their friends over for loud drinking parties and keep me up at all hours of the night?

Or, worst of all, would they all be cute and distracting?

But two full months into studying abroad, I can confidently say that living in Furness with the guys has been the best thing that could’ve happened here at Lancaster.

The housing is quieter because it’s farther from the campus bars and restaurants, and I’ve been able to develop relationships with each of my flatmates, relationships far beyond just sitting next to someone in class for an hour and talking a handful of times. With Aaron, we like to sit at the kitchen table during the day and vent while everyone else is in class or in their rooms. He’s an amazing baker, so he’ll bake me brownies or cookies and I’ll eat them while he tells me about whatever issue he’s dealing with.

With Katherine and Elise, we sit in the hallway on Friday and Saturday nights, eat candy, and discuss everything from handsome actors to obscure British laws that allow Welsh people to be shot by a bow and arrow within the walls of the city of Chester after midnight (but I really hope that’s a myth). They explain British vernacular to me and I do the same for them with American words. We gush over Downton Abbey and try to talk in each other’s accents. With Ashley and Tom, we don’t talk as much, but their actions speak louder than words. Ashley and I have the same history class on Mondays and Fridays, and without words, we’ve somehow established a routine.

At 4:45 on Mondays and 1:45 on Fridays, one of us leaves our room and lets the door slam shut. This is the signal to the other one that we’re ready to go. We walk to class together, sit together, and try to understand what the heck our lecturer is saying in her heavy Spanish accent. Tom, on the other hand, will sit down at the kitchen table and wait for me to finish eating before he leaves the kitchen; he doesn’t want me to eat alone. We talk about football (soccer), his home (the Isle of Man), and American politics (I’ve noticed British people are really curious about American politics, especially right now with all the election craziness). But no matter the topic, Tom won’t let me eat alone. Even if he has already finished eating and washing his dishes and I’ve just sat down, he’ll sit next to me and wait until I’m done.

But the best moments come when we’re all together in the kitchen or sitting around a table in Trevor (Furness’s college bar) for the weekly pub quiz. We play off each other like friends who’ve been together forever, like a family. Aaron’s high-pitched exclamations, Katherine’s quiet, secret sarcasm, Tom’s constant giggling…it all blends together into memories that I’ll carry with me long after I’ve left Lancaster.

Memories I wouldn’t have if I’d gotten what I thought I wanted.

*Caroline Mangum, originally from Raleigh, North Carolina, is a junior at the University of Iowa majoring in English (creative writing track). She is spending her semester on the Lancaster University Exchange Program in Lancaster, England.