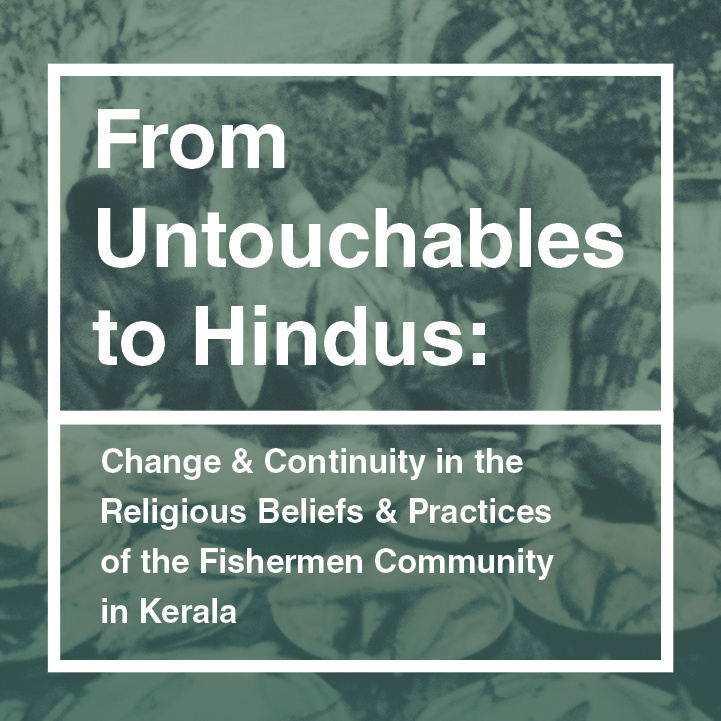 The UI South Asian Studies Program (SASP) will host a lecture by Deepika Rose Alex entitled "From Untouchables to Hindus: Change and Continuity in the Religious Beliefs & Practices of the Fishermen Community in Kerala." This event is free and open to the public and will be held on Thursday, March 10, 2016, from 4:00-6:00 p.m. in 302 Schaeffer Hall.

The Hindu fishing caste of Kerala, known as the Dheevara, were once considered untouchable because of their occupation. The ritual pollution that emerged from the act of killing fish and dealing with dead meat caused their structural exclusion from the higher rungs of Hinduism, also called Sanskritic Hinduism. This resulted in the evolution of a different version of Hinduism among Dheevara, which was very much influenced by their traditional occupation of fishing. Although Dheevaras could challenge the upper caste notion of Hinduism through their religious beliefs and practices, there are certain significant paradoxes in this process.

Alex will discuss many of these apparent contradictions and shed light on the role of religion in the exclusion of previously untouchable castes in today’s context, as well as the increasing use of religious identities for political visibility and negotiation in contemporary India.

Deepika Rose Alex is a Ph.D. candidate in sociology and is attached to the Centre for the Study of Discrimination and Exclusion, School of Social Sciences, of Jawaharlal Nehru University (JNU) in New Delhi. She will defend her dissertation in May 2016 and previously completed a master's degree in social work from the Tata Institute of Social Sciences, Mumbai.

Individuals with disabilities are encouraged to attend all University of Iowa-sponsored events. If you are a person with a disability who requires a reasonable accommodation in order to participate in this program, please contact Paul Greenough at paul-greenough@uiowa.edu or 319-335-2222.