ESG lecture to highlight the role of Victor Hugo in European history, Oct.16 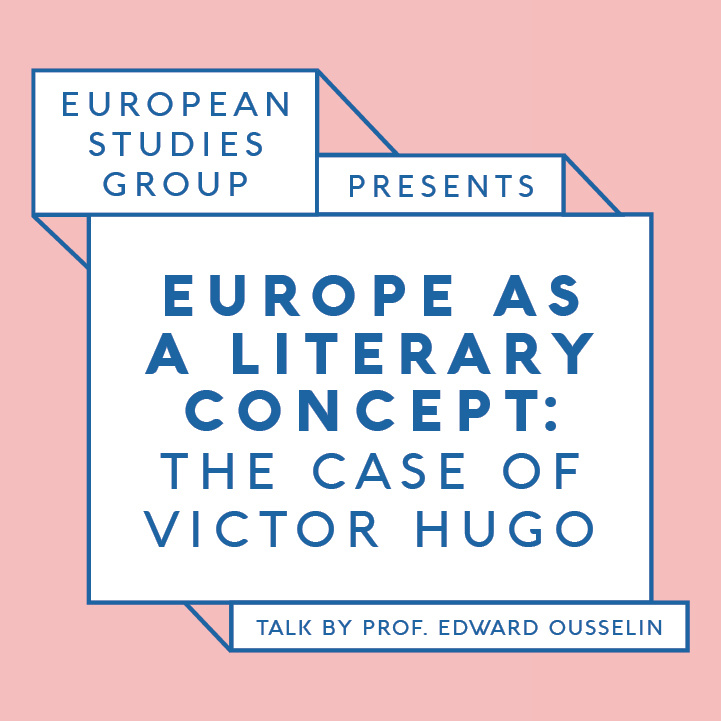 The European Studies Group will present a guest lecture by Edward Ousselin of Western Washington University on "Europe as a Literary Concept: The Case of Victor Hugo" at 3:30 p.m. on Friday, October 16 in 2520D University Capitol Centre. The event is free and open to the public.

Hugo identified himself with his century, and with the historically providential role he saw being accomplished by the people of Paris through the continuation, in various forms, of the 1789 Revolution. The prophetic function of Hugo, the people’s visionary poet, found a logical outlet in his political role, which allowed him to exalt the splendors of the future he foresaw at the same rhetorical level he used to denounce the injustices of his own era. What his writings indicate is that Hugo came to identify historical progress with the utopian goal of a peaceful, united Europe. This goal constitutes the point of intersection of Hugo’s poetic, prophetic, and political missions: “I would like to sign my life by a great action, before dying. Hence, the founding of the United States of Europe.” (Océan).

Edward Ousselin is a professor of French at Western Washington University in Bellingham, WA and editor-in-chief of the French Review, the largest-circulating publication in the French profession in North America. Ousselin is also author of The Invention of Europe in French Literature and Film in which Ousselin sets out to demonstrate that Europe exists as a kind of literary fiction and that the ongoing European unity movement cannot be understood without reference to the literary works that helped bring it about.

Individuals with disabilities are encouraged to attend all University of Iowa-sponsored events. If you are a person with a disability who requires a reasonable accommodation in order to participate in this program, please contact Roland Racevskis at roland-racevskis@uiowa.edu.