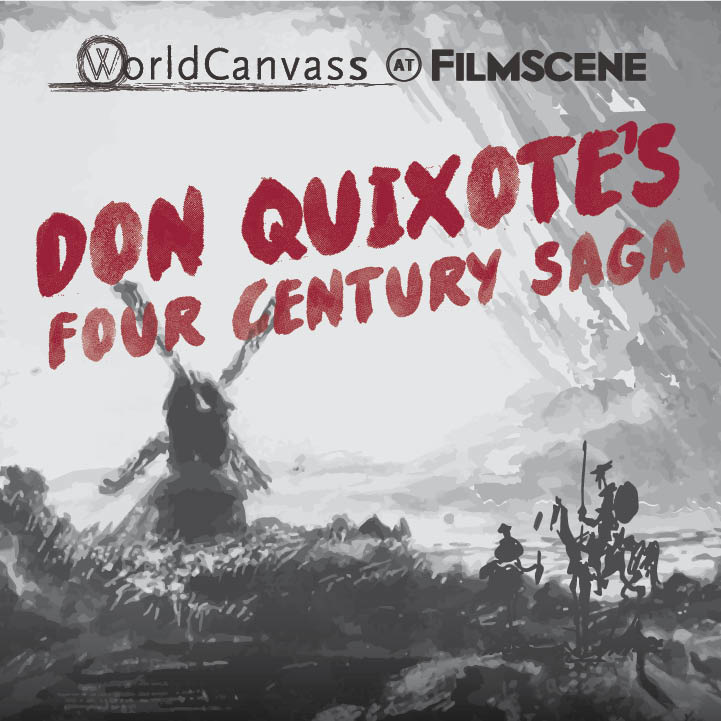 The four century saga of knight-errant Don Quixote and his squire Sancho Panza will kick off the 2015-2016 season of the television, radio, and internet program WorldCanvass.  Host Joan Kjaer and WorldCanvass guests will discuss the novel, the title character’s mark on artistic and public imagination, and fundamental questions raised by the work such as the relationship of fiction to reality, life to art, and the ‘ownership’ of an original creation. The public is invited to attend the WorldCanvass discussion at 5 p.m. on Tuesday, September 15, at FilmScene in downtown Iowa City.

Widely considered to be the first modern novel, Don Quixote by Miguel de Cervantes Saavedra is inventive, charming, and insightful, telling the tale of a man who, against all odds, sets out to right wrongs, restore justice, and bring honor to the woman he loves.  The story’s complexities, the virtuous aspirations of the deluded hero, and the resulting commentary on life are as enthralling to today’s readers as they were when the book first appeared in 16th century Spain.

WorldCanvass will serve as a prelude to the October 22-24 Obermann-International Programs Humanities Symposium “Parody, Plagiarism, and Patrimony: Don Quixote in the Age of Electronic Reproduction.” The symposium, with major funding from the Obermann Center for Advanced Studies and an International Programs Major Projects Award, has been organized by faculty members Ana Rodriguez-Rodriguez and Denise Filios of the Department of Spanish and Portuguese in the Division of World Languages, Literatures, and Cultures (CLAS).  For more information on all symposium activities, visit the symposium's website.