Top four places to visit in the UK

The United Kingdom is composed of England, Scotland, Wales, and Northern Ireland. I’ve been living and travelling in the UK for almost five months now as a study abroad student at the University of East Anglia, and I have accumulated a list of my favorite places in the UK that I think everyone should try to visit. 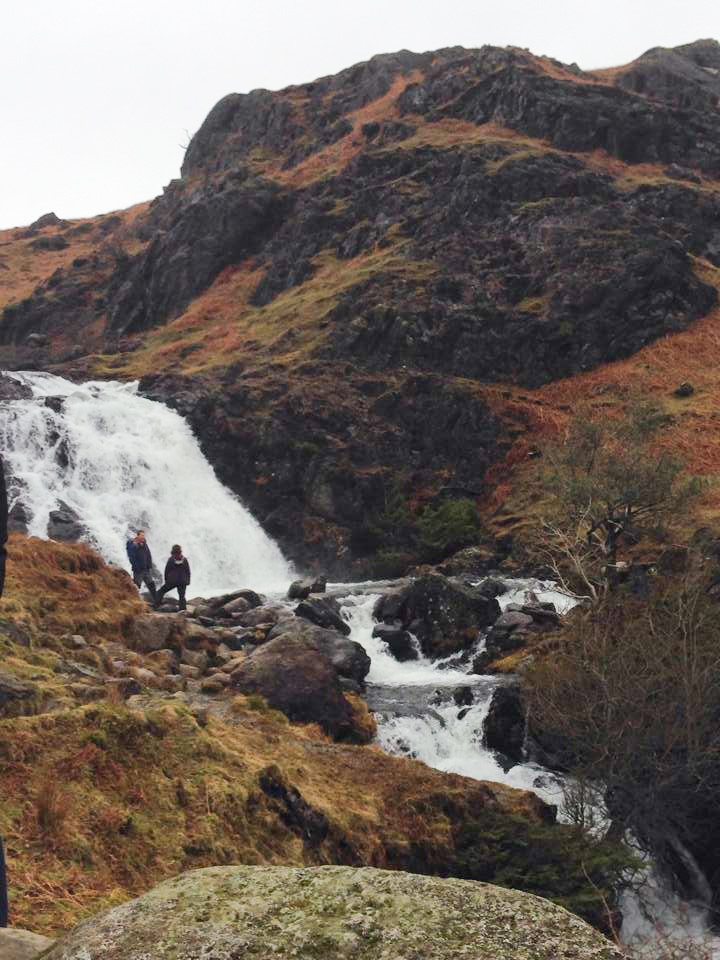 Hiking in the Lake District

Grasmere is a small town located in England’s famous Lake District. It is a popular destination for hikers and nature lovers. I went to Grasmere on a literary pilgrimage. I came to visit William Wordsworth’s Dove cottage and see the landscape that inspired him and his fellow Romantic writers of the nineteenth century. The Lake District is best to visit in the late spring and summer months, and that’s when it’s the most crowded. I went in early March, and as a result most of the time I spent there was grey and a bit chilly, but this did not diminish the sheer beauty of the large hills that surround the town on nearly every side. The grass is so green. The fields and streets are lined with low stone walls. The sheep have a very distinctive grey and fuzzy wool coat. I felt like I was in a fairytale. I really only had a day in the area, so I spent that divided between Dove cottage and it’s Wordsworth museum and hiking up the surrounding hills. There are several paths you can start from Grasmere, and I chose a relatively short and easy one. The path was steep and rocky, but not too strenuous, and there were a bunch of other travelers on the path. After several hours of hiking I sat down in a tea room and then returned to my hostel for a long night of sleep. I must admit I spent a good amount of my visit planning a move to the town, and whether I end up moving there or not, I definitely plan on returning to Grasmere.

Bath, much like Rome, is built on seven hills. The name Bath is quite an appropriate name for the city. The city is famous for its water, which comes from a hot spring and contains over forty-two minerals. The Romans built a large bathhouse in Bath during their time in England. It lay under layers of mud and pavement for over a thousand years before it was rediscovered in 1878. During the eighteenth and nineteenth century, patients both rich and poor were sent to Bath to “take the waters.” The water was both for drinking and bathing. People still continue to flock to the town for its world-class spas. 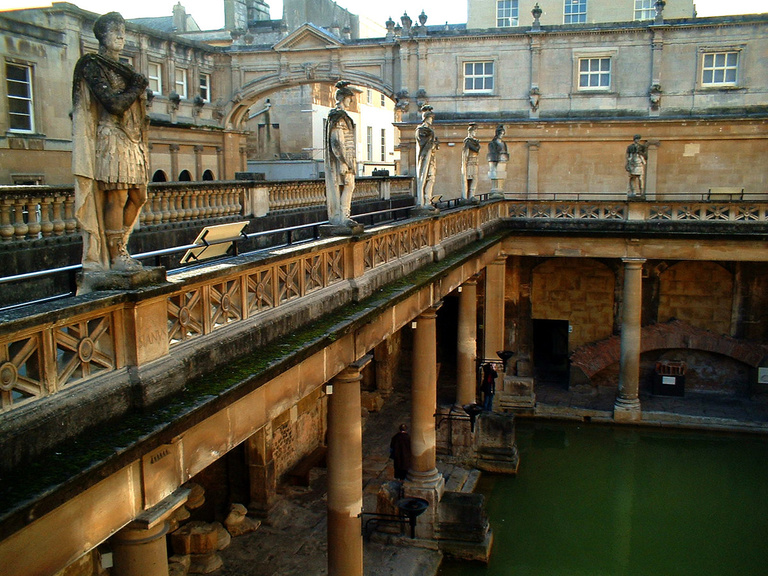 My friend and I passed a spa, and the line was out the door and wrapped around the corner. The Roman bathhouse, resting in the shadow of Bath abbey (which you can climb if you get there at the right time of day), is large and quite spectacular. Admission came with an audio guide, which details all the history of the bath and the purpose of each statue or room. At the end of the tour, tourists are able to taste the water for themselves. I could only manage three or four sips. It tastes like something that has over forty-two minerals would. The city is so aesthetically pleasing. All of the buildings are built from the same material and all are Georgian in style. Jane Austen lived here for some time, and several of her novels are partially set in Bath. This fact is celebrated in the Jane Austen Centre, which hosts a small exhibit about her time in Bath and how it influenced her novels as well as a few facts about life in Regency England. There is also a well-known tea room on the upper floors of the Jane Austen Centre, and all of the staff are dressed as if they just stepped out of an Austen novel. 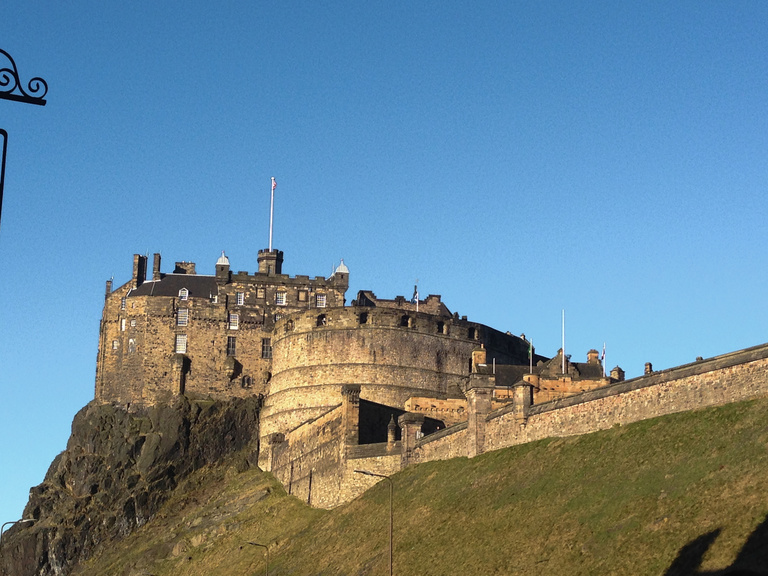 Edinburgh is the capital of Scotland. Much like Bath, it is full of Georgian architecture, and is built around a series of large hills (I’m beginning to learn just how obsessed with hills I am). I went to Edinburgh at the end of February. The trip was organized by the University for study abroad students. We were given free reign as to how we spent the weekend. There’s a lot to do in Edinburgh. There are a lot of shops. There are a lot of bagpipes. There are a lot of pubs. There is a castle. There is a palace. I spent my Saturday climbing to the top of the Walter Scott Monument (which left me with a fear of staircases), visiting the free National Gallery, climbing Calton hill, attending a ghost tour, and visiting the famous Elephant House for some evening tea. If you’re a Harry Potter fan, the Elephant House cafe is a must. It’s where large portions of the first Harry Potter books were written. In a display case inside the café sits a picture of JK Rowling working in the café and a signed first edition of Harry Potter and the Philosopher’s Stone that Rowling gave to the café. The bathrooms are full of graffiti left by visiting fans. There were no surfaces left untouched by adoring fans. I managed to find a spot to write my name next to the door, and was happy. In Edinburgh you can also get a glimpse of the hotel where the final book was finished. On Sunday I visited Holyrood Palace and Edinburgh castle. Holyrood Palace is full of history and is one of the Queen’s official residences in Scotland. It still contains the apartments of Mary Queen of Scots and folks can gaze in on the little room she was sitting in when she was arrested. Likewise, the castle is full of centuries of history, and the residence of the crown jewels of Scotland. I definitely wish I had more time to explore Edinburgh.

The Isle of Skye is located in the Highlands of Scotland. It is hard to navigate without a car, and for those without cars, a tour is the best way to see the island. There are also boat tours that take you out to see dolphins, puffins, seals, sea eagles, and even otters. I booked a tour with a company called Tour Skye and spent an entire day being driven around the island in a large, old but faithful white van. The weather on the island is temperamental, and unfortunately it was rainy and windy for most of my stay. Regardless of the weather (though I’m sad it prevented me from going on a sea tour to see puffins), the Isle of Skye was the most beautiful place I’ve seen in my entire life. It has mountains, hills, seaside cliffs, very small villages, and like anywhere else in the UK, lots and lots of grazing sheep. The Isle of Skye did not receive electricity and plumbing until the 1970s. The 1970s! Though the Isle of Skye has gone unnoticed for most of history, it’s gaining popularity with tourists, though it’s yet to become a tourist trap. The Scottish people are some of the friendliest people I’ve met in my entire life. I found them both helpful when I experienced problems and very open and genuinely curious about my life and my travels. My favorite place on the Isle was the fairy glen, the place that contains the supposed opening to the fairy world. This place suggests the very important part that stories and myths played in the lives of the islanders. With the type of scenery on the Isle of Skye, I can understand why the islanders once believed in fairies and fairytales. 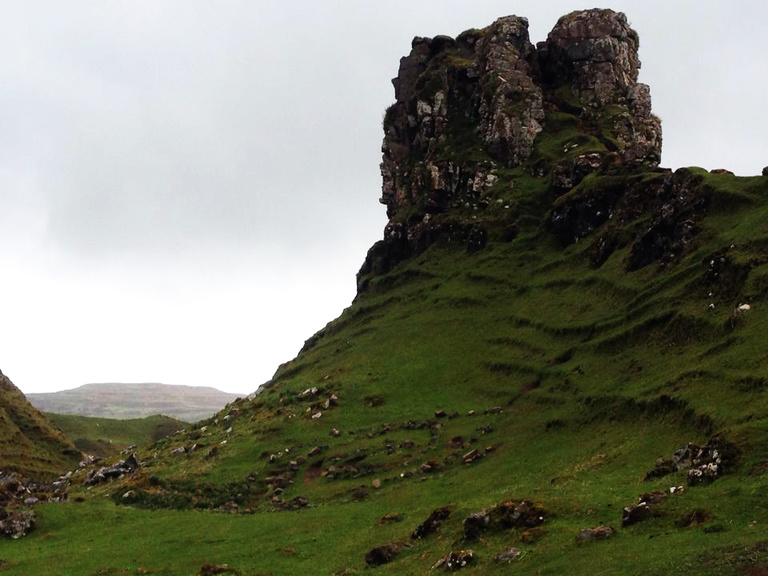 A picture of the fairy glen on the Isle of Skye. The ring of stones on the grass is apparently one of the doors to the fairy world.