Parting is such sweet sorrow

When I started college, I had every intention of studying in France. That is, however, until my first visit to Iowa’s Study Abroad office. I found, while sitting at a small round table, surrounded by dozens of brochures for both French programs and English programs, a thick blue booklet. The words University of East Anglia were written in big white letters across the cover. Once I saw this cover, my search was over. I discovered the University of East Anglia when I was thirteen, just beginning to look for colleges with notable writing programs. The purpose of finding such a program was to show my parents just how serious I was about writing. It became my dream school, but as high school progressed and time came to think about college, my parents made it clear that I had to finally put an end to all hopes off attending UEA for my entire college career. This all changed with the discovery of the booklet (which was outdated and I was told later really should not have been in the bin in the first place). 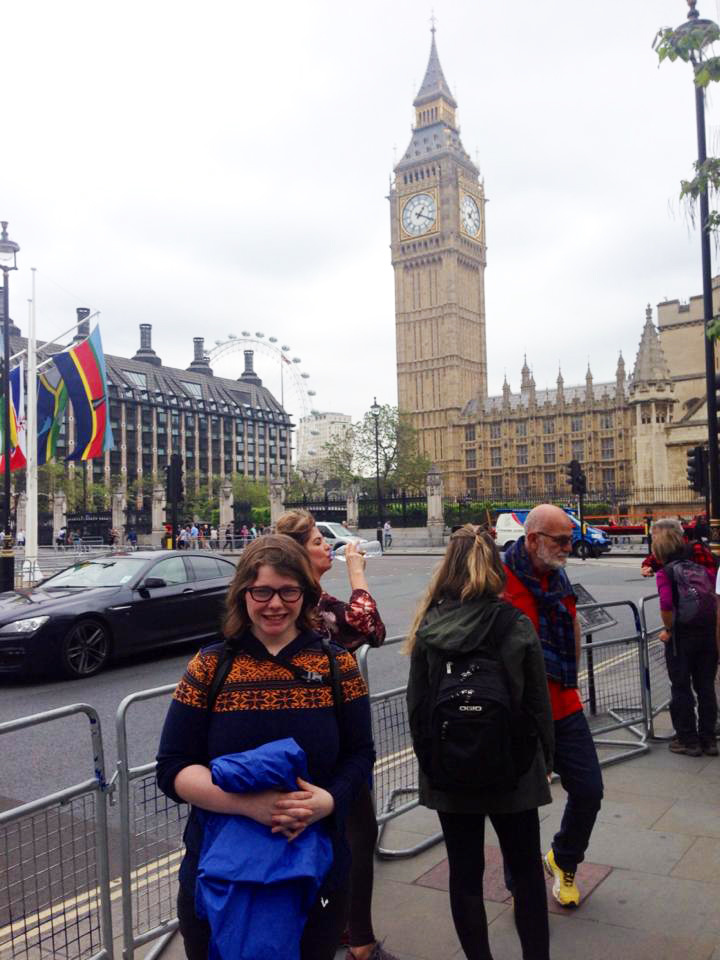 Me standing in the shadow of Westminster Abbey, in view of Big Ben and the London Eye

I set my sights on England.

I fell in love with English culture (the delicious chocolate, the tea, the friendliness of the people, the soft drink named tango, the love of nature, and the love of literature). I discovered what the Brits and other Europeans really think of Americans (one of my classmates asked me if I said the pledge of allegiance before I go to bed every night..I’m still not sure if she was joking).

Most importantly though, I cultivated a respect for myself.

I am a perfectionist. In the past, a slight mistake was enough to ruin my mood and even my day. Whilst travelling, I learned quickly that trips never go exactly as planned. Things (whether good or bad) happen, and they happen regardless of whether of not I make a mistake or not. The more I travelled the more I came to understand that I could not make things perfect and that I had to accept that something would eventually go wrong or give up travelling altogether. The more I travelled, the more I grew to feel comfortable in even the most uncomfortable situations. In Pontorson, France for example, my friend and I were set to stay in a cabin in a small outdoors, camping ground. We arrived at the accommodation office after it had already closed for the night. Rather than hyperventilate and cry, as I honestly might have done at the beginning of the semester, I remained calm, assured myself that we would find a way to fix the problem, and located a call box next to the front door. A voice on the other end told me where the key was, and the problem was solved. I hope that I can continue to take what I’ve learned and apply it to life back in the States.