Notes for my future cookbook

On "castle rock" in the Bay of Biscay, as I bit into a sort of hand-held omelet, I wondered: who invented this ingenious snack? I mean, who in history was the one to discover that you could even eat an egg, not to mention fry it with potatoes and onions into a graspable food item. The true genius of it struck me because Josu, my hiking companion, had prepared this himself and though I had eaten this same thing in nearly every restaurant in my neighborhood, there was something notable about this one. 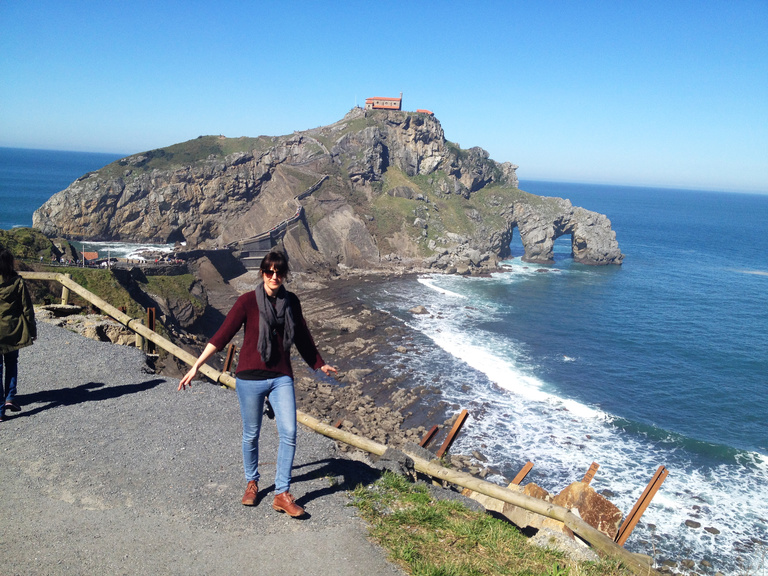 Everybody loves snacks (right?), but it could be argued that the Basques love snacks the most, or at least take the greatest pride in them. In the Basque country, they are called pintxos (pronounced peen-chose). In fact, I often have had trouble finding a restaurant that serves anything else.

I learned more about Basque cuisine in the kitchen of the 6-year-old girl I tutor, Ainhoa. There were yellowish tomatoes drying on string on the wall and something simmering on the stove. Ainhoa's mother had invited me to stay for lunch, which is typically the largest meal of the day, but I declined since I'd eaten before the lesson.

"Of course," she said, "you are used to eating lunch at noon, but we eat later." She insisted that I at least try what she had prepared. She spooned a stew of garbanzo beans onto my plate while her mother, and daughter watched expectantly for me to taste.

“Lunch is between two and four o'clock," she explained, "and dinner is around ten. We usually just have soup, with maybe some yogurt, or…”

She searched her mind for the English word and rummaged through some refrigerator drawers to produce expertly wrapped packets of delicately sliced, red and white marbled meat. These she held up proudly for my inspection.

“Yes,” she beamed, “you will try next time.” Ainhoa and her grandmother nodded in agreement. Then Ainhoa did some kind of excited spin concerning her imminent dinner and knocked a few of the tomatoes off the wall. They fell with a splat rather than a thud and her mother sharply said her name. Ainhoa calmed and her mom hugged her and said, "We use these tomatoes to spread on bread, like for pinxtos." 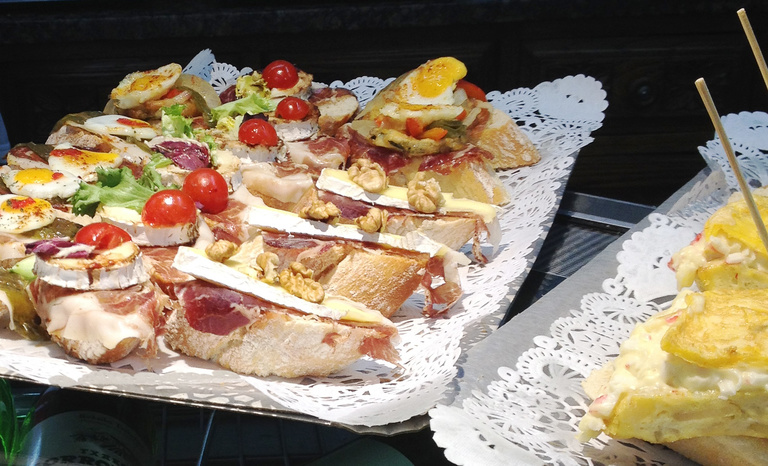 When I first arrived in Bilbao, I saw that every bar had these oversized hors d’oeuvres arranged on their counters (the bars also double as cafes so it also would be true to say that every cafe had them.) Some bars only had four or five different plates, while others had upwards of twenty choices laid out in the open air, elevated to face level just inches from where customers sat sipping their café con leches.

It was as if the restaurants, instead of having a menu, just cooked everything they offered and placed them on the tables for you to take your pick. Not unlike a buffet, but also, very unlike a buffet as these are individually prepared tiny meals instead of troughs of shared food. Needless to say, when I first got here I didn’t know how to order them as none are named and how many would be appropriate?

Most pintxos consist of neatly arranged stacks of various ingredients: bread (nearly always) on the bottom, a slice of baked brie with slimy/creamy orange/pink/yellow sauce, or a piece of meat/fish, and topped with a cherry tomato/octopus/lettuce leaf; finally the lot of it is impaled with a tooth-pick. The most popular are the least embellished, the simple slice of baguette with butter and cured ham or a pile of gulas (which look like a pile of white and bluish-gray worms and are in fact spaghetti sized eels.) And of course, my vegetarian favorite, the spanish omelette, which here is confusingly called a “tortilla.” It comes in a few variations but the basic version is a sliceable egg/potato/onion mixture (think omelet pie) served –as always– with bread.

The Michelin Guide, which boasts more than 100 years as an expert on gastronomy, has awarded its famed stars to the Basque Country in greater density than anywhere else in the world. Many attribute this success to tradition.

Spanish conquistadors may have brought knowledge of the omelet back with them from American exploits. Their chronicles mention what might be an omelet made from many birds (Seagulls? Robins? Parakeets?). The first legitimately documented appearance of the omelet in Spain was in Navarro in 1817, and legend has it that a general named Zumalacárregui invented it as sustenance for the troops while amid the first Carlist War during the siege of Bilbao. (Incidentally, the inventive general was shot in the leg and treated so poorly that he died. The doctor's name supposedly was Petrikillo, which now, according to Wikipedia, means "'quack' or 'dodgy healer'" in Basque.)

So as you can probably see, there is a lot of history, hearsay, and legend surrounding this venerable food and everyone has their own version of making it, however, the best that I experienced was at the top of that rock in the middle of the ocean after a 241-step hike to the fortress of Gaztelugatxe.

A panoramic view of the top of "castle rock."

Josu explained to me that not all tortilla is created equal. This I noticed just by the simple experience of trying it at different cafes each week. You could tell, for instance, if the chef boiled the potatoes instead of sautéing them because it made the insides soggy (apparently there is a difference between "juicy" and "soggy"). Or if the restaurant used boxed eggs instead of the in-shell variety because the body of the omelet took on the texture of a Twinkie™.

I had to admit that Josu's inch-and-a-half thick tortilla, which I was eating with my hands was in fact superior. My compliments to the chef compelled him to share with me his “secret” recipe.

To round out my knowledge of the famed tortilla I decided to try and cook it for myself. I was excited to have some Basque cooking skills to show off when I got home. Sure, the process involved removing the half-cooked mixture from the pan, flipping it over onto a large platter, and replacing it upside down, but how hard could it be? After all, I had all of the knowledge of history to help me. Still, I probably should've consulted a recipe instead of just origin stories.

Needless to say, my food experiment resulted in failure. Without the recipe I missed a few crucial steps (at one point the whole mess nearly slimed off a serving plate onto the floor). The good thing about tortilla though, is that when it’s not in its proper sliceable form, it just becomes a scramble, which, though there is something less satisfying about, still works.

I was determined to perfect the traditional recipe eventually, but in that moment I made do with my lack (of skills/tools/ingredients/a valid recipe.)

Below please enjoy the microwave version I invented one morning when faced with the extra ingredients of my failure (which I'm sure General Zumalacárregui would've invented if he'd had access to a microwave.) It is inspiration for my future cookbook entitled “Traditionally Microwaved Meals." 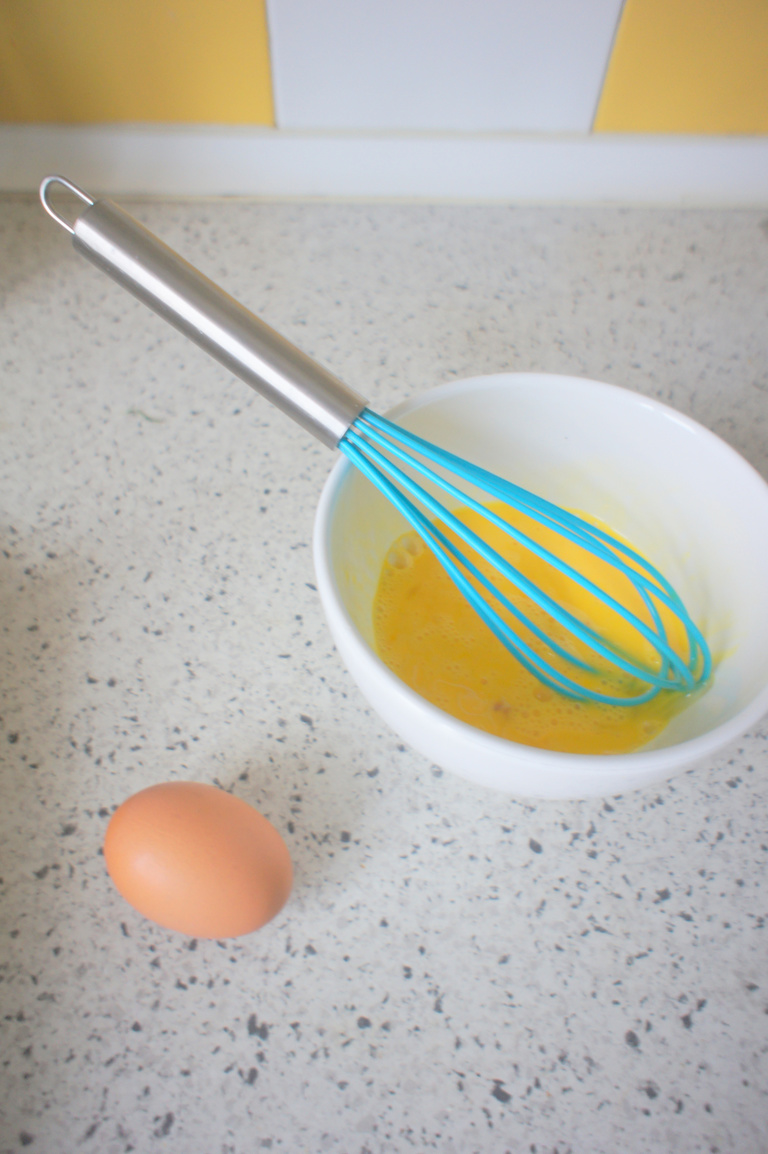 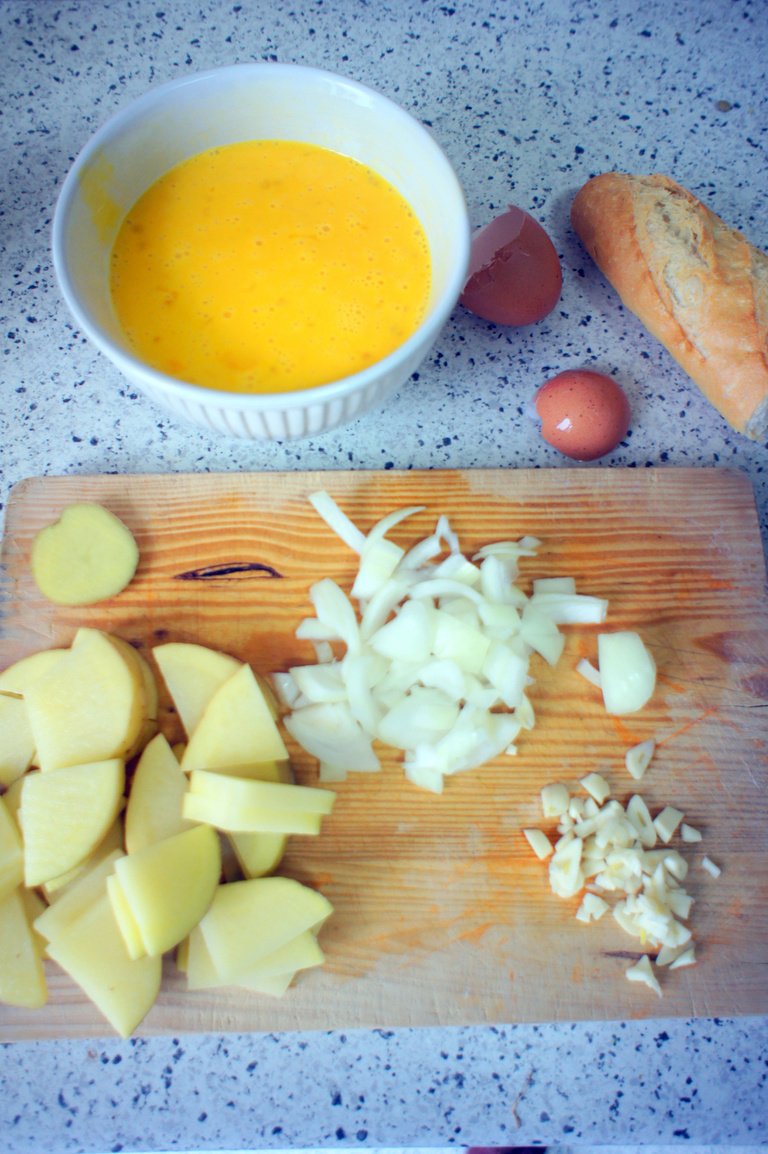 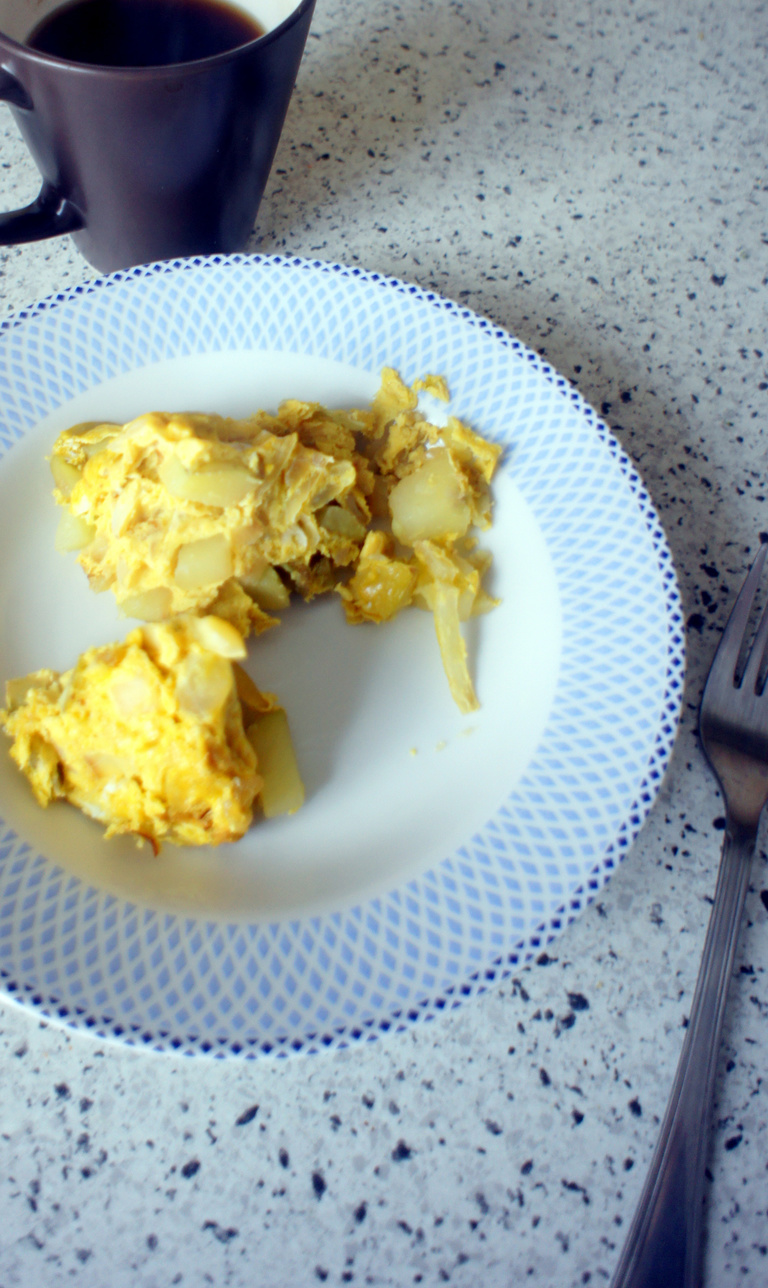 *Heidi McKinley is a senior from Cedar Falls, IA majoring in journalism and psychology at the University of Iowa. She is currently studying abroad on the USAC program in Bilbao, Spain.