By Carly Matthew, The Daily Iowan 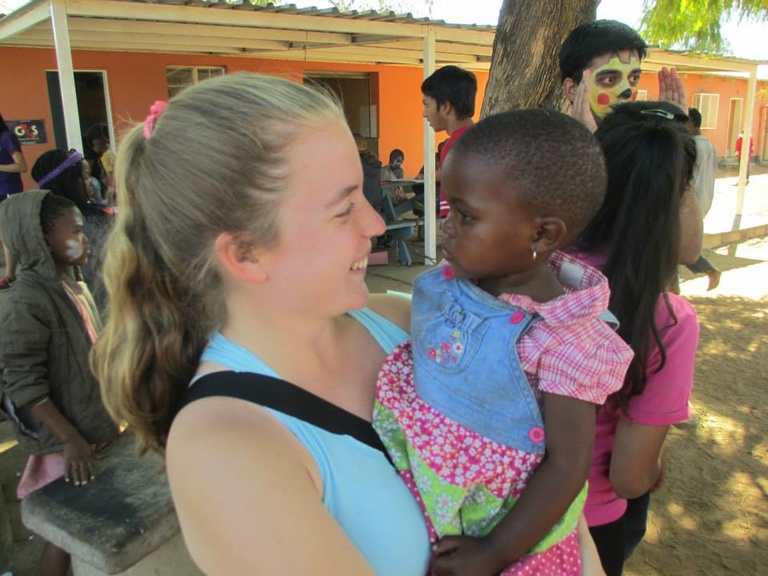 UI senior Emily Roberts chose an opportunity to volunteer in Thailand in 2012, the summer after her freshman year, before volunteering in Botswana in 2013.

University of Iowa students are participating in more summer and winter study-abroad programs in order to participate in more than just class.

In the 2012-13 school year, 62 percent of UI students participated in study, work, internships, or volunteering during summer or winter sessions — as opposed to 55 percent just three years ago.

She said these sessions are good options for students who did not think ahead and incorporate studying abroad into their academic schedules as well as students who aren’t as willing to miss out on activities and events at the UI.

In addition, she said alternatives to study abroad, such as work, internships, and volunteering gain traction.

“We definitely have more interest in that and more people asking about it,” Wildenberg de Hernandez said.

Both the UI and Open Doors, the survey of American students studying abroad, have difficulty tracking the exact number of students participating in work, internships, and volunteering abroad because of the variability of programs, she said.

UI senior Emily Roberts chose an opportunity to volunteer in Thailand in 2012, the summer after her freshman year.

She was able to spend one month working on community-development and sustainable-agriculture projects with the International Volunteers Student Organization.

Roberts took part in the building of a river dam and bridge as well as teaching in a local school for a week. During the next summer, in 2013, she participated in a two-month volunteer program in Botswana, to learn about the health-care system there.

“I definitely was worried about how the credit would transfer back,” Roberts said about staying for the academic year.

“I totally would have gone for a semester, looking back,” she said.

Still, Roberts said, she liked being thrown into a new global culture for a short period of time and said it was a great option for first-time travelers.

“Students want to experience life in the country outside the classroom,” she said. “I think they are looking for a more immersive time abroad and to be a part of the culture they’re interested in.”

Roberts said many of the students with whom she works who are intrigued by such opportunities abroad are interested in health, community development, or business.

Lynn Tatge, a UI junior studying marketing, plans to participate in a summer internship abroad program in Hong Kong. She is currently in the process of interviewing for positions at several companies. Her Hong Kong program guarantees her an eight-week internship during the summer. Tatge said she was interested in the program partly because she wanted an international experience but did not want to take business classes outside the UI.

“I guess the idea of an internship was more meaningful to me than taking classes there,” she said. “For me, personally, I wanted to get the experience of working outside of the country.”