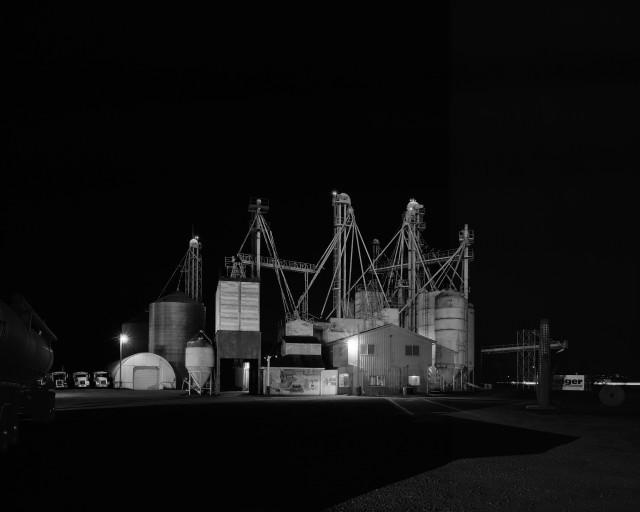 The Anthropocene will be front and center at a three-day interdisciplinary Obermann symposium on the University of Iowa campus, March 5-7.

Before delving into a rich selection of lectures, performances, and art, however, you may well be asking, “The Anthropo-what?”

If a geological age can have a “moment,” the Anthropocene is having its right now. Increasingly popular and recognizable, the term was coined 15 years ago by Nobel laureate and atmospheric chemist Paul Crutzen to denote the present geological time interval. Many scientists argue that we are no longer in the Holocene, but since the Industrial Revolution have been in a new geological epoch.

To view a schedule of events and see a full list of co-sponsors, visit the symposium website.

Although stratigraphers are immersed in a heated debate about whether a new epoch should officially be recognized—a matter they hope to put to rest at a world summit in 2016—the term has been adopted by others as a signifier for climate change and a host of other environmental and social problems. The Age of Humans, as it is defined, is associated with the rise of asthma, the need for bans on plastic bags, ever-expanding cities and world populations, our drought/flood cycle, and more. It is an idea that has found its way into song lyrics, art exhibitions, theater productions, and cartoons.

Using the best of human creativity to explore the seemingly bleak current state of affairs is one of the primary goals of Energy Cultures in the Age of the Anthropocene. In defining “energy,” the symposium’s co-directors point out that it is heat or power generated from a natural resource, but it is also the “human ability to be active and creative.”

“We are interested in energy as a social relation,” says co-director Tyler Priest, associate professor of history and geographical and sustainability sciences in the College of Liberal Arts and Sciences. “Energy systems don’t just emerge; they’re a product of social and political struggles, technological choices, and cultural mediation. They embody values, ethics, and aesthetics. This symposium will look at how humans have shaped our present energy culture and what other energy cultures are possible.”

Rob Nixon, an alumnus of the University of Iowa and the author of Slow Violence and the Environmentalism of the Poor, provides case studies of sites in the world where environmental destruction and its unhealthy effects have fallen most heavily upon poor and indigenous peoples. He reminds us that, if ours is the age of the Anthropocene in which human activity has changed the Earth's own systems, not all humans have been equally responsible.
Sandra Steingraber uses her training as a research scientist and her artistry as a poet to explain to public audiences the intricacies of environmental destruction, human health, and scientific research.
Called a “rock star geologist,” Lonnie Thompson’s path-breaking work on glaciers has provided some of the most convincing evidence of global warming.
Charles Mann, a journalist best known for his Pulitzer-nominated books 1491 and 1493, is currently writing a book about energy based on his Atlantic cover article, “What If We Never Run Out of Oil?”

In addition, panels will feature scholars who hail from diverse fields such as English, history, anthropology, sociology, and a range of earth and environmental sciences. As Barbara Eckstein, professor of English in the College of Liberal Arts and Sciences, another symposium co-director, explains, “The nature of what it means to be a human being is now different than what centuries of humanities thought it was.”

Eckstein provides an example of how she used to view the world looking out from her own structure, encased in her skin; but now she views her structure as permeable and her inner system is undeniably interrelated to a myriad of other systems. “My relationship to self and to the environment are now one in the same,” she says, adding that with this redefinition of what it means to be human there’s a necessary redefinition of the humanities.

This shift will be very much on display in panels that tackle energy inequalities and the culture of energy. Artists’ voices are also important to this conversation, namely how they can help us to better understand and even creatively think our ways beyond the status quo. Already on display at the Englert Theatre’s Paul Gallery are photographs by Seattle-based photographer Daniel Beltrá (whose image from the 2010 BP oil spill in the Gulf of Mexico graces symposium posters and website), UI art and art history faculty member Jeff Rich, and recent UI alum Matthew Weber.

"No matter where one sits on the political spectrum or one's position on hot-button issues like climate change, examining the impact humans have had on the world around us is among the preeminent challenges of our time.”
—Eric Zimmer, UI doctoral student in history

On March 3, following a 5 p.m. WorldCanvass program at FilmScene dedicated to the Anthropocene, there will be a screening of The Great Invisible, a recent documentary about the monumental spill in the Gulf. The final evening of the symposium features an original dance choreographed for this event by UI dance faculty member Jennifer Kayle, with music composed by Jason Palamara, a PhD student in music. In the pieces, plastic bags cover dancers, while a soundtrack ticks through what is up and what is down, like a stock market ticker: “Grass down three points; weed up three points.”

The symposium has broad appeal: whether the science behind the Anthropocene is of interest or the health effects of our highly chemically treated era; whether you are piqued by the human rights ramifications of global warming or wonder what 19th-century weather aficionados can tell us about our own increasingly bizarre weather.

“The concept of the Anthropocene is not a narrow distinction. Rather it is a fundamental question about the relationship between humans and the environment,” says Eric Zimmer, a graduate student in history and a member of the course taught in advance of the symposium, Obermann Center Special Topics Seminars: Readings on the Anthropocene. “No matter where one sits on the political spectrum or one's position on hot-button issues like climate change, examining the impact humans have had on the world around us is among the preeminent challenges of our time.”