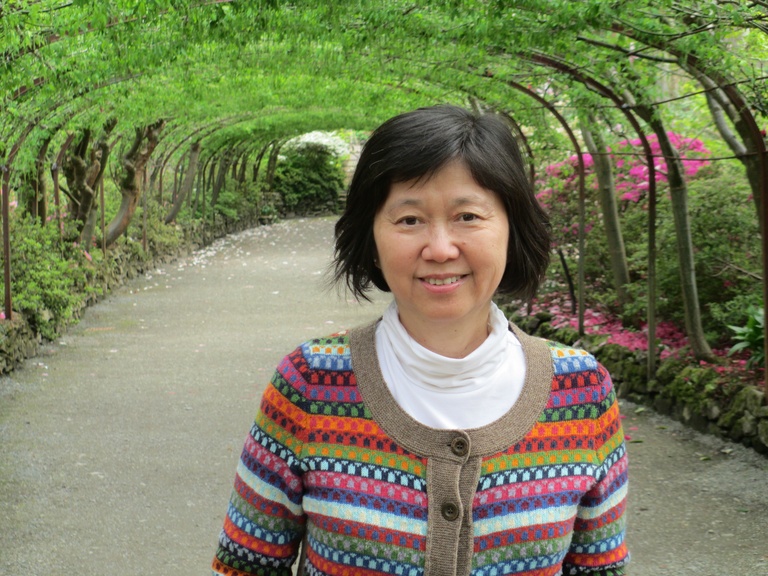 Originally from Hong Kong, Agnes graduated from the University of Iowa International Writing Program in 2008 as an Honorary Fellow in Writing. Since then, she has accomplished a wide range of achievements. She was awarded the Nosside International Poetry Prize (Special Mention) in 2008 and some of her poems have been translated into German, Italian and other languages.

In 2009, she also received a Commendation from the Home Affairs Bureau, Hong Kong SAR Government, in recognition of her outstanding achievements in international arts and cultural activities.

Though she retired as a professor from the University of Hong Kong in December 2012, Agnes continues to write. Her newest book, “Becoming poets: the Asian English experience” based on interviews with poets in several Asian cities, was published in 2014.

She attributes much of her success to her time in Iowa City, which she found to be incredibly valuable.

“The city is the classroom – no boundaries. Everyone there was ready to help me and support me in my writing,” Agnes said.

She also thanked the International Writing Program staff for making her experience memorable.

Below is a piece written by Agnes while a student at the time refecting on her experience here:

“What can I tell you about Iowa you did not already know? Writers around the world dream to be here, at least once in a lifetime.

Before Prairie Lights on Sunday evenings, readers and writers linger. On Iowa Avenue, lines of poetry lead to a dome of gold. Around the corner of Market and Linn, you’ll find free wireless with mint. The restaurant beside that serves trout succulent on rice with lemon.

Where Prentiss crosses Gilbert, a mini rice cooker costs thirty-nine. In a boutique on Dubuque, clear white hangers sell ten to a dollar. An Asian lady will alter your clothes in a shop on Burlington. Sirens herald through the day that angels from Mercy are on their way. Clinton once stayed in a house on Linn where thirty clocks chime the hour. On Washington, an old man off to post a letter picks up litter.

The orchid florist at Farmers’ Market has three hundred plants at home. A squirrel hops from a tree as green walnut balls bounce on the pavement. When orchards glow with Songs of September, apples can be picked for fights. A tornado took the roof off a dorm leaving a blanket of stars. The river promises not to flood for another five hundred years. On a day of rain, someone admires my umbrella playing Mozart.

Every night I sleep with the autumn moon in a house a century old. I wake to the sun streaming through beige curtains onto a hardwood floor. These lines I wrote as I did my laundry like many a poet here. What can I tell you about Iowa you did not already know?”