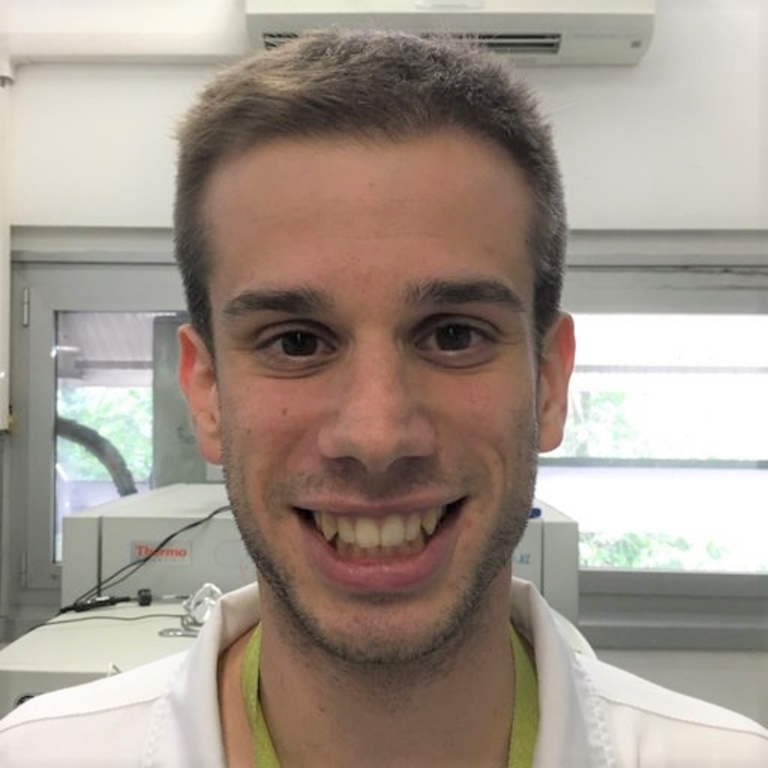 Ettore Gilardoni was the first six-month research scholar hosted by the UI College of Pharmacy from the University of Milan. New funding from International Programs supports formalizing and expanding the global research partnership.

University of Iowa College of Pharmacy

The so-called Global Research Partnership Award will assist the project’s leade­­rs in formalizing and expanding connections between the universities beyond even the pharmaceutical sciences and pharmacy schools. The project’s principal investigator is Ethan Anderson, associate professor. Co-investigators are Dave Roman, professor and associate dean; and Jonathan Doorn, professor and department chair. All are in the Department of Pharmaceutical Sciences and Experimental Therapeutics.

Eight years ago, while still on faculty at East Carolina University, Anderson began collaborating with a UNIMI medicinal chemist on a project to develop new therapies for diabetes, fatty liver disease, and other cardiometabolic disorders based on a unique amino acid called L-carnosine. This dipeptide has a very powerful neutralizing effect on reactive molecules that cause these diseases.

Collaboration between UI and UNIMI was further solidified last year when Anderson and Doorn hosted a senior PhD student from UNIMI for six months as a research scholar. Even though research activities were dampened by COVID-19 restrictions, the research enriched both labs.

Ettore Gilardoni was the first six-month research scholar hosted by the UI College of Pharmacy from the University of Milan. New funding from International Programs supports formalizing and expanding the global research partnership.

“Many of the findings from his time with our groups last year were just published in Chemical Research in Toxicology in September,” Anderson said. “The major discovery was that L-carnosine is capable of neutralizing toxic molecules formed from neurotransmitter metabolism, and this has huge implications for neurological and cardiovascular disorders. More importantly, the work that Ettore [Gilardoni] did while here at the college has spawned several new projects among our graduate students and his expertise continues to be an asset for us.”