In the news: Building community far from home 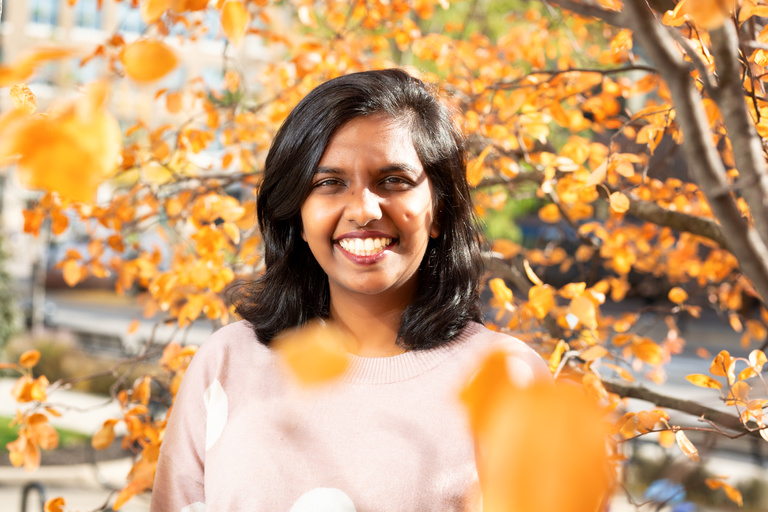 Plans after graduation: Nixon hopes to work in children’s book publishing after graduation, but visa sponsorship is proving to be something of an obstacle. She also would like to get her MFA in writing sometime in the future, although she’s not sure if she wants to go the fiction or nonfiction route.

It can be difficult for any parent to drop their child off at college for the first time. And when you’re leaving that child half a world away, it can be even more stressful. But Mishma Nixon says being in Iowa City and on the University of Iowa campus put her parents at ease.

“Sri Lanka is known to be a friendly place. When you walk down the road, people say hello,” says Nixon, who grew up in the city of Colombo. “When my parents came, they looked around and looked at the people and said this is actually not that different. It’s funny to think that I come from this big city around the world and it’s the same kind of atmosphere. It’s like it was meant to be.”

Three and a half years after arriving in Iowa, the first-generation student will graduate in December with a BA in English and creative writing and a minor in social justice.

Nixon says her parents taught her to value education. Her mother graduated from high school, but her father didn’t, and Nixon says they encouraged her to pursue further education.

“I grew up a big reader,” Nixon says. “My parents didn’t speak English and wanted me to learn. My mom used to find all these books and give them to me. So, I grew up loving literature and writing, and wanted to pursue that.”