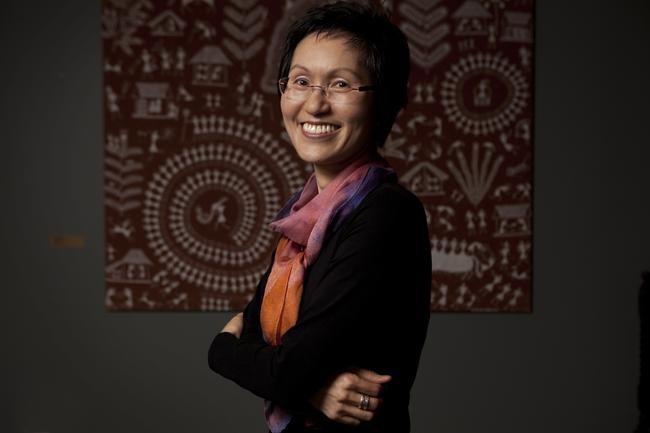 Have you watched the Netflix series Squid Game? What about Parasite, the Academy’s Best Picture of 2019? For many Americans, pop culture is their first, and maybe only, exposure to Korean culture.

Hyaeweol Choi, a professor of Korean studies, gender history, and religious studies at the University of Iowa, wants to change that. Choi helped create the Korean Studies Research Network (KoRN), an intellectual hub intended to expand the study and visibility of Korean history, society, and culture in the Midwest. The network is a partnership between the UI College of Liberal Arts and Sciences, International Programs, and the Korea Foundation.

Choi, the C. Maxwell and Elizabeth M. Stanley Family and Korea Foundation Chair in Korean Studies, came to Iowa in 2018 looking to promote Korean studies in general, but says there was a missing piece.

“I realized that there are Korea-related faculty members here, but we are all scattered in different departments. There is no central or intellectual hub that could serve as a platform toward advancing Korean studies,” says Choi. “I thought we might need an institutional base, and that’s when I came up with the Korean Studies Research Network.”

Choi invites any scholar or student interested in Korea-related topics to join the network. Those who are interested can fill out the form here.

The inaugural Korean Studies Research Network conference is being held on Nov. 5 and 6. You can register for the conference here.

The group’s goal is to deepen the awareness and knowledge of Korea by bringing together scholars and graduate students whose research touches on Korea-related topics. It also aims to serve as a virtual platform, facilitating collaborative and interdisciplinary research on Korea in the state of Iowa and throughout the Midwest.