In the news: University of Iowa International Writing Program to read in support of Myanmar writers, alumni 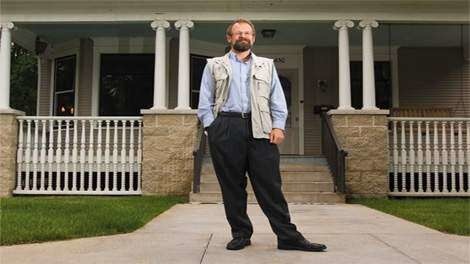 "We continue to stand with our alumni in demanding the immediate and unconditional release of all the Burmese citizens jailed by the military junta," says Christopher Merrill, director of the University of Iowa's International Writing Program. (University of Iowa)

The University of Iowa’s International Writing Program, in collaboration with Asia Society, at 6 p.m. Monday will host a free online event to show support for writers — including IWP alumni — who were arrested or killed during a February military coup in Myanmar, long known as Burma.

Ten guests will conduct a series of readings, several of them 2017 residents and alumni of IWP. Poems written by "Poets of No Name“ also will be read.

IWP said in a news releases it is a longtime supporter of those affected by the numerous upheavals in the southeast Asian nation. In early February, IWP released a petition with 125 signatures on behalf of Myanmar writers, urging for the release of detainees and called for unity within the nation.

“The IWP has been committed to freedom in Myanmar/Myanmar⁠ since the coup of 1988, bringing more than 25 Myanma and Burmese writers to IWP’s fall residency to share in our community; these poets, novelists, filmmakers and bloggers have helped us understand their country’s long, passionate struggle for democratic reform,” IWP Director Christopher Merrill said in the release.