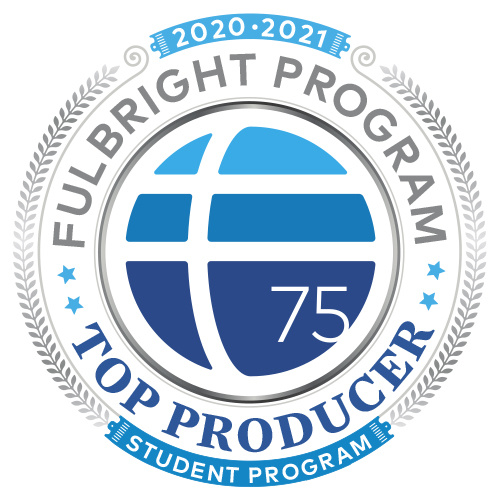 For the sixth year in a row, the University of Iowa has been named a top producer of Fulbright students for 2020–21 with a record 24 recipients.

The UI is ranked 12th nationally among research universities, surpassing last year’s ranking of 18th. And when measuring the ratio of applicants to winners, the UI ranks first in the nation with nearly 50% of its applicants receiving awards.

“Being named once again a Fulbright Top Producer is not only a tribute to our talented students but also a recognition of the incredible efforts of our faculty and staff,” says University of Iowa President Bruce Harreld.

More than 40 faculty mentors, committee members, and staff participate in the Fulbright campus process each year.

“This elite top-producer ranking highlights our students’ boundless curiosity about the world and their energy and determination to engage in it,” says Russ Ganim, associate provost and dean of International Programs. “The UI’s consistent level of achievement in Fulbright awards underscores how international education is part and parcel of our institution’s commitment to student success.”