In the news: ‘Time to Heal,’ immigrants, international students, and community advocates react to a high stakes election 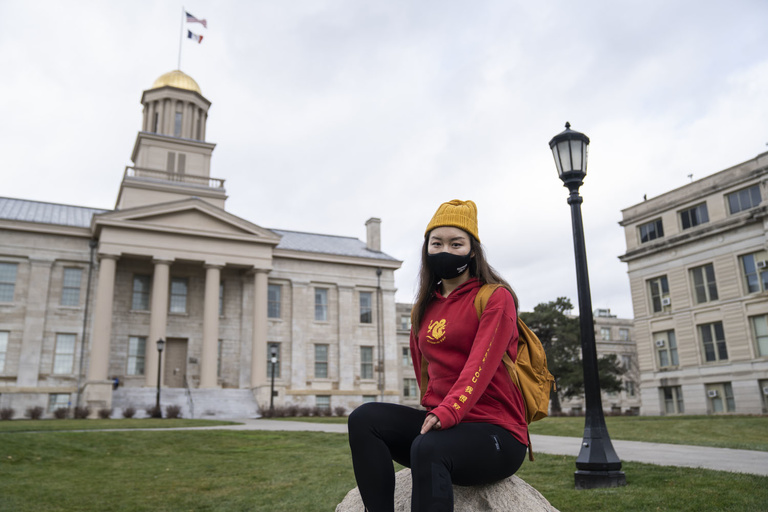 UI international student Peiqi Chen poses for a portrait at the Pentacrest on Monday, Nov. 09, 2020. Chen is originally from the Hunan province of China and had hoped for the defeat of President Trump in the 2020 elections.

For some immigrants and international students in Iowa City, the 2020 election — which many had no say in — meant the difference between another four years of anxiety or security.

University of Iowa senior Amani Ali, a member of the African Student Association, said she voted for the Joe Biden-Kamala Harris ticket. Ali, who received citizenship about seven years ago, was raised in the U.S. after coming as a refugee from Sudan.

This was a high-stakes election for immigrants and people of color, Ali said, and the election was an emotional time for her and her immigrant friends and family.

“I remember four years ago, back in 2016 when Trump got elected,” Ali said. “I was literally worried for the sake of my family.”