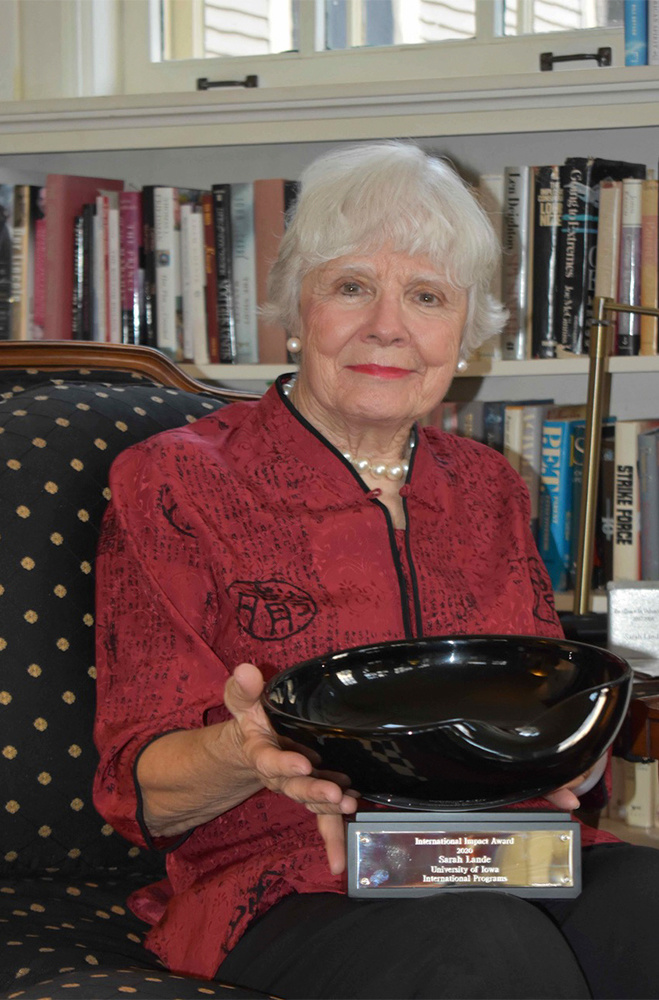 Lande was one of three recipients of the award the UI recognized — UI alumni Patrick and Susan Keefe, who’ve given medical care to underprivileged communities, were also recognized.

The alum wrote a book on Chinese President Xi Jinping, whom Lande hosted for his two visits to Iowa in 1985 and 2012.

Lande has spent a considerable amount of time working in China, particularly in Hebei, Iowa’s sister province in China. After receiving both her Bachelor of Arts and Master of Business Arts from the UI, Lande said she began to volunteer in several community and international organizations, including Iowa Sister States, a Des Moines based organization that strives to form international connections and citizen-based diplomacy.