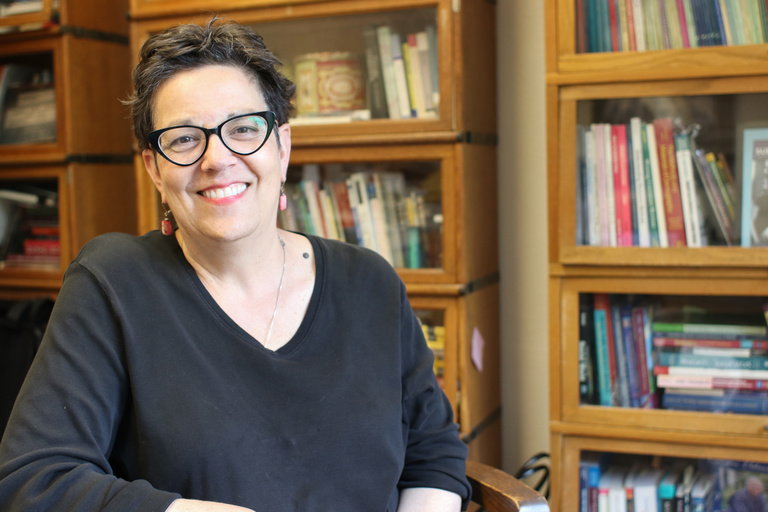 Mercedes Bern-Klug, professor in the School of Social Work

Fulbright grants have a growing presence at the University of Iowa. This year, a record-breaking nineteen students and three faculty members were awarded Fulbrights to conduct research, study, or teach abroad. While the student program has recently achieved more prominence, recent changes in policy for faculty members have made pursuing faculty Fulbrights a much easier process.

In the past, faculty members who were awarded Fulbright grants faced a difficult choice between their on-campus salary and the Fulbright stipend, which may be much lower than what they would ordinarily earn for the same period. This was a particular hardship for applicants with families.

“Often, students have flexibility as they graduate. They’re able to move on and accept these grants as part of their career trajectory,” comments Downing Thomas, associate provost and dean of International Programs. “But faculty often have mortgages, where students usually don’t. They sometimes have kids, they sometimes have dogs, cats, or aging parents. There are a lot of responsibilities and anchors, in addition to the timing for faculty who are on the tenure stream.” 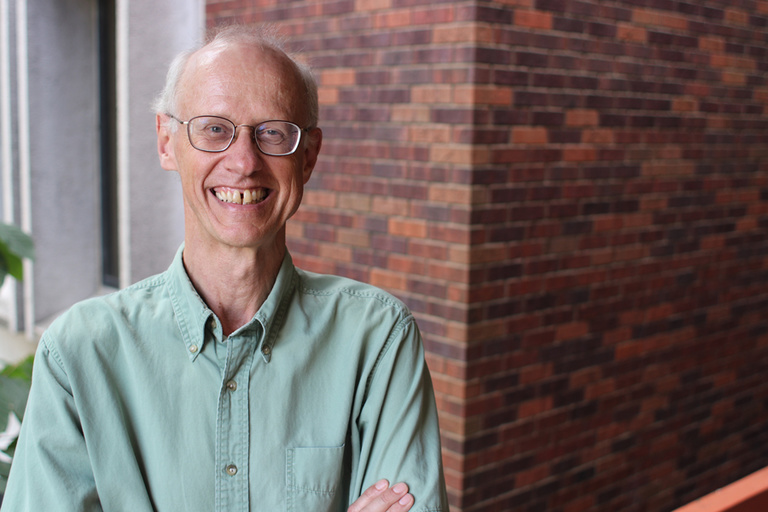 “What we’ve done is to make sure that there is a clarity around campus that, no matter what title it comes with, all the core faculty Fulbright awards are considered prestigious,” said Thomas.

“There are many elements that factor into a decision about when a person can take such a research leave. I was chair of my department for many years, which made it impossible for me to consider such a commitment,” said Wilcox. “It is definitely the case, though, that I would not have applied for this opportunity if the University of Iowa did not provide the stipend supplement to maintain a person’s salary.” 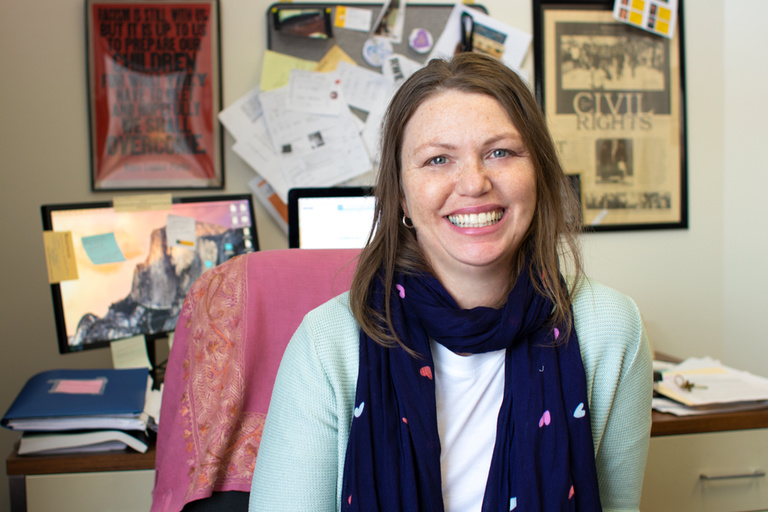 Leslie Locke, assistant professor in the College of Education

Wilcox was awarded a Fulbright to the University of Iceland in Reykjavik to teach two classes, guest-lecture on the culture of Anglo-Saxon England, and to conduct research on Viking culture.

“The two courses I will be teaching in Iceland are similar to ones I teach in Iowa, and I expect to come back with new insights into how to present the material after doing so in that very different context,” explained Wilcox. “I am also hoping to build up connections with colleagues at the University of Iceland to revitalize the friendship agreement that exists between our two institutions.”

Mercedes Bern-Klug was awarded a Fulbright grant to the University of Guadalajara, Mexico. As a gerontology specialist, she will be teaching a class on global aging, and will also study and assist in the development of social services in Mexico.

“If the new policy was not there, I would not have even applied,” said Bern-Klug. She emphasized that faculty Fulbright awards are worth investing in, largely due to the role they play in diplomacy. “The world is becoming a smaller place. It’s important for faculty to have direct experience in the classrooms, and to bring that back to classrooms and research in the United States.”

Karen Wachsmuth, University of Iowa Fulbright program advisor for the U.S. Student Program, and liaison for the Scholar Program, emphasizes that building and expanding research networks, encouraging student and faculty exchange, and broadening the University of Iowa’s reach are all important outcomes of Fulbright.

“One of the marks of a successful institution in this globalized world are the kinds of partnerships that an institution has -- and active partnerships, not just the ones that are on paper.” Wachsmuth hopes to see more applicants in the coming years. “Seeing and hearing more about former Fulbright grantees on campus and what the positive results have been, accomplishments that they have been able to have because of their Fulbright, I think that will be key.”