In the news: I don’t care for the term ‘Indology’: Philip Lutgendorf 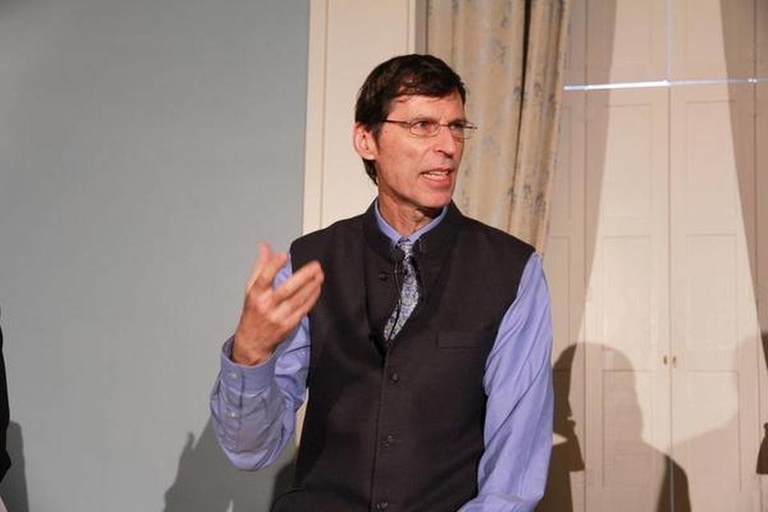 By Vikram Zuutshi, The Hindu

Chai addict, Ramayana translator, Sholay lover, this scholar says his love for the country could be because of past-life samskaras

Philip Lutgendorf retired last month (June 2018) after teaching for 33 years as Professor of Hindi and Modern Indian Studies in the University of Iowa’s Department of Asian and Slavic Languages and Literature. His book on the performance of the Hindi Ramayana, The Life of a Text, won the A.K. Coomaraswamy Prize. He received a Guggenheim Fellowship in 2002-03 for his research on Hanuman, which appeared as Hanuman’s Tale, The Messages of a Divine Monkey. His interests include epic performance traditions, folklore and popular culture, and mass media. He runs a website on popular Hindi cinema, and has researched the cultural history of tea drinking in India. He is presently translating Tulsidas’ Ramcharitmanas for the Murty Classical Library, and was President of the American Institute of Indian Studies from 2010 till this year. Excerpts from an interview:

Tell us about your project to map the history of chai in India. Where did you have the best cup of chai?

I became interested in chai by drinking a lot of it, starting from 1971 on my first visit to India. There was no bottled water in those days, and chai was among the safest things to drink, so I consumed cup after glass after purvaa all day. Naturally, I became ‘hooked,’ and I also associated it with the many things I liked about India. But I only began thinking about it as something to study in the early 2000s, when I started to realise that tea-drinking had no ancient history in India (unlike in China) and was in fact introduced on a large scale only during the late colonial period and, in many places, after Independence.