In the news: Former US archivist and UI alumna uncovers, fights human rights abuses around the world 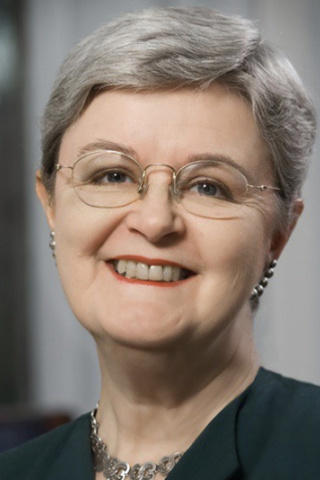 Growing up on a pig farm in Palo Alto County in northwest Iowa, Trudy Huskamp Peterson says, she could never have imagined that one day she would stand among KGB archives in Moscow or work with long-sought police archives in Guatemala to ensure they were available in the prosecution of decades-old crimes.

Those are just a few things the University of Iowa graduate has done as an archivist for human rights, at times traveling to post-conflict regions—and risking her own safety—to assist in organizing and safeguarding records.

Peterson discovered her love of archives by chance. As an English major at Iowa State University, she added a history major to boost her knowledge of the literature she was reading, “but I ended up liking the history courses better,” Peterson says. She started law school at the University of Pennsylvania, but after one semester decided it wasn’t for her.

Her boyfriend at the time—now her husband—was in law school at the UI, so she applied and was hired in 1968 for a job as a historian and archivist at the Herbert Hoover Presidential Library and Museum in nearby West Branch, Iowa.

“I immediately liked working in the archives,” Peterson says. “It was just lots of fun as far as I was concerned.”

Peterson received her MA (1972) and PhD (1975) in U.S. history from the UI and went on to work for the National Archives, in 1993 becoming the first woman to hold the position of acting archivist of the United States.