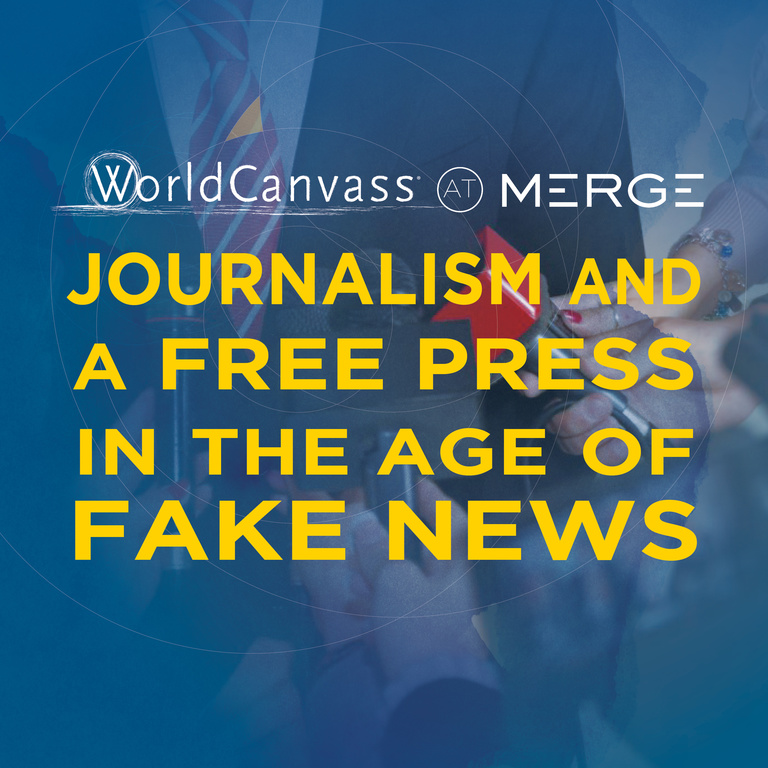 News. Fake news. Disinformation. Fact-checking. Sourced news. Unverified sources. Social media incursions by foreign nations. Cleverly disguised mass propaganda that masquerades as a heartfelt message from a friend…….who knows what to believe anymore when even undeniably true facts are in dispute?  This question is at the heart of the upcoming WorldCanvass discussion, when the topic is “Journalism and a Free Press in the Age of Fake News.”  The live event takes place from 5:30-7 p.m. on October 18 at MERGE, 136 South Dubuque Street, and is hosted for UI International Programs by Joan Kjaer. We invite you to come at 5 and join us for a pre-show catered reception!

Today we’re flooded with news or what passes for news with very little agreement on where the truth lies or what can and cannot be believed. Political and cultural affinities drive many to echo chambers so they can be affirmed in their own beliefs while shaking their heads at others who sit equally entrenched in echo chambers of their own.

However distressing this is in the America of 2017, it’s not really new, neither here nor around the world. The media may be different, the platforms may be new, the actors are ever-evolving, and we’re more aware of it now than in years past.  But disinformation and distortion for personal and political purposes has long been a fact of life.  WorldCanvass guests will discuss the cynicism and distrust so many feel for journalism and for public institutions that once served as the bedrock of common understanding in our country.  And we'll hear from four international writers and journalists about their own struggles with cynicism, press freedom, and fake news.  Clearly, the relevance of this conversation goes far beyond the U.S.

Joining us for the discussion are David Ryfe, director of the UI School of Journalism and Mass Communication; Christopher Merrill, director of the UI’s International Writing Program (IWP); and participants in the IWP’s fall residency program: Ubah Cristina Ali Farah, writer and poet from Somalia/Italy; Hajar Bali, writer and poet from Algeria; Fatena AlGhorra, poet and journalist from Belgium; and Yuriy Serebriansky, writer, journalist, and editor from Kazakhstan.

Journalism and a Free Press in the Age of Fake News

Is there a way out of cynicism?

Two global stories: the freelance journalist and the editor