In the news: a year of 'ambassadorship' 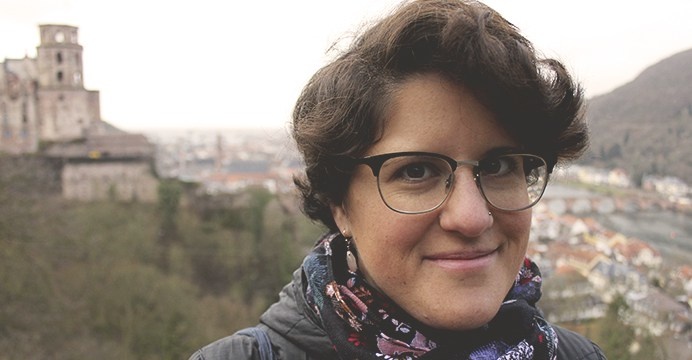 By Katelyn Weisbrod, The Daily Iowan

A Fulbright scholar in Germany spent the last 10 months learning the German world and sharing her American culture.

“It was a really interesting time to be abroad as the election here was going on, and I was tasked with being the American voice,” said Lauren Darby, who returned home to Iowa City this spring.

Darby, a University of Iowa graduate, taught English to fifth- through 12th-graders in Wolfsburg, Germany, but she often found her English lessons becoming social-studies lessons.

She enjoyed this, she said, because she is certified in social-studies education.

Not only was she teaching and learning from her students but also her colleagues at the school. She often took coffee breaks with her German peers to exchange knowledge on both German and American history, politics, and literature.

Karen Wachsmuth, the UI associate director of international fellowships, said Fulbright scholars often feel like they are called on to serve as “citizen ambassadors.”

“In some cases, this might be the first American that [foreign] students have met,” Wachsmuth said. “So the [Fulbright scholars] do become a very important representative of the U.S., and they have to be prepared to discuss international issues in a thoughtful and considerate way.”