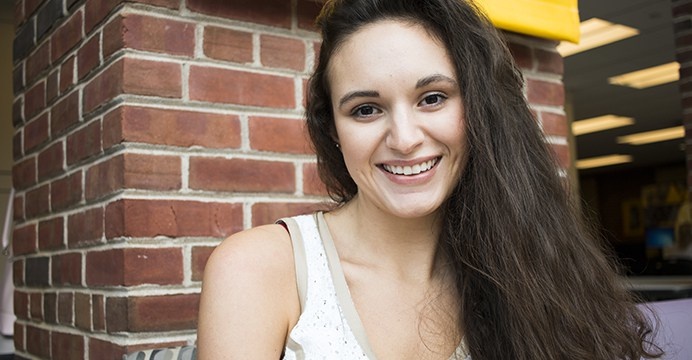 By Denise Cheeseman, The Daily Iowan

A freshman-year general-education course does not usually lead to a career path, but Samantha Korns’ Russian language class did just that.

University of Iowa alumna Korns, a pre-law and international studies major who graduated in 2016, said she picked Russian because she needed to fulfill the College of Liberal Arts & Sciences language requirement and wanted something challenging.

Five years later, Korns will head to the southern Russian province of Astrakhan to be an English Teaching Assistant on a Fulbright scholarship.

“I thought about applying after graduation, but I didn’t have the experience of actually going to Russia, so I took a year off, I went to Russia, and that gave me the perspective and the ability to write as to why I wanted to go back,” she said.

Some might be put off by the recent political scandals involving Russia and the U.S., but not Korns. She said she looks forward to an “interesting time”: the next Russian presidential election and the 2018 FIFA World Cup will both occur during her yearlong appointment.

“When I was in St. Petersburg, the political election was happening, so I was there, and they were asking me about Hillary Clinton and Donald Trump, and there was never a lot of animosity toward that,” she said. “It’s definitely going to be a unique experience being in Russia with students who may be asking me things about Trump or his administration.”

Besides, it would take more than a few hackers to stop Korns, who has endured a long process of writing and rewriting essays, a UI interview, and a final Skype interview with a Russian Fulbright representative in Moscow.