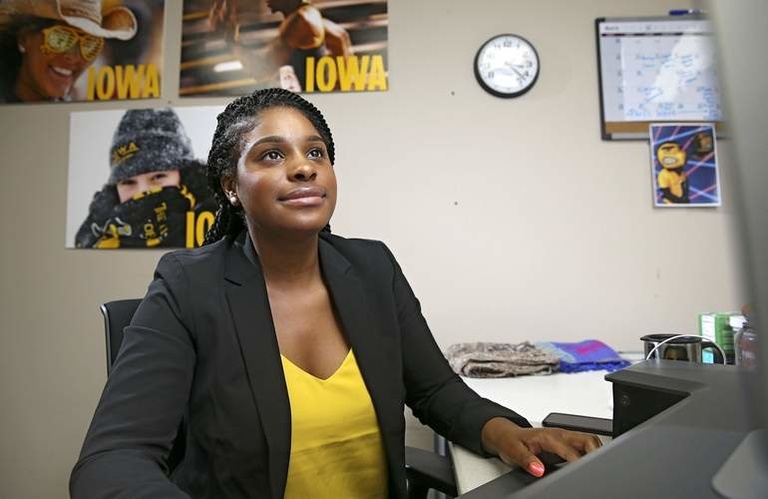 IOWA CITY — Tickets from Iowa to South Korea, Sri Lanka, Russia, Morocco, Argentina and many other international destinations are being booked — or soon will be — after high-achieving students across the state recently received the news they’ve won Fulbright awards.

The University of Iowa and Coe College, in fact, are reporting record Fulbright numbers for one year — 16 for Iowa and seven for Coe. The new UI record tops by one its previous record — set last year. Coe reports 20 Fulbright recipients in the past five years.

Fulbright numbers for Iowa State University and University of Northern Iowa were not immediately available.

The U.S. Fulbright Student Program is the flagship international education exchange program sponsored by the U.S. government, allowing students to conduct research, attend graduate school and embark on creative projects or service endeavors abroad. In essence, the program is all about mutual understanding — American students imparting knowledge and service in an international community, while also gleaning new perspectives and insight into different cultures and ways of life.

Such an opportunity ties closely with the missions of many Iowa colleges and universities, including Coe and UI, which recently unveiled a new strategic plan and vision focused, in part, on creating “new chapters of exploration, discovery, creation, and engagement” on a global scale.

“Ours is a narrative of resilience that extends out from the heartland toward the future, inspired by a commitment to our state, nation and global community,” according to the new UI vision. “Together we unlock human potential and prepare citizens for the future.”

Fulbright scholars from Iowa colleges and universities go a long way in serving as ambassadors for the state and nation — building bonds, establishing relationships and changing individual lives. They also put their respective schools on the international higher education map, so to speak, bolstering the institutions’ reputations and student expectations.

Meet a few of this year’s Fulbright scholars. Read more...