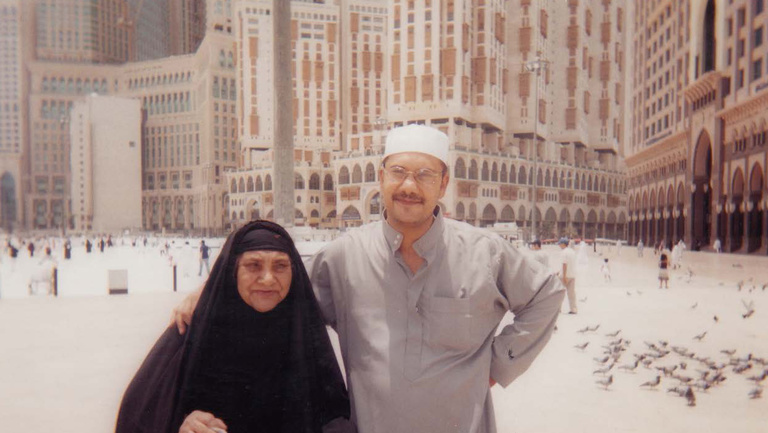 Fatehiya Mohammed and Azeez Al-Jumaili are the parents of Ali-Azeez Ali Al Jumaili, a student from Iraq currently pursuing his doctorate in Pharmaceutical Socioeconomics.

As Ali recounts, his father was a construction worker who sacrificed much in order to provide for his family.  He would sometimes work great distances away from his family in Bahgdad just to keep his family fed and provide a good education for his nine children.  Despite the pressures of working low-wage jobs, Mr. Al-Jumaili still found time to give back to his community.  He volunteered his time to help build homes for low-income families in their city.  Ali recalls that his father even built his own family’s house with the help of his mother.

Mrs. Mohammed was a stay-at-home mother, preferring to focus on raising her family. Mrs. Mohammed also gave her time to care for ill relatives.  Through all of these difficulties, the family experienced a great deal of personal adversity, losing a daughter at the age of 10 and a son in the first Iraq War.

Nevertheless, two parents who grew up in a war-torn country and never finished their elementary education were able to produce successful children who would go on to earn degrees in medicine, engineering, elementary education, and pharmacy.    Ali wanted to pay homage, realizing that much of his achievements are due to the extraordinary efforts of his parents.  In 2012, Ali’s father passed away and his mother is currently dealing with a serious illness.

As part of Ali’s homage he wrote, “In 2014, my wife gave birth [to] a boy and I named him after my dad’s name as appreciation to his great efforts and life-long sacrifices.”