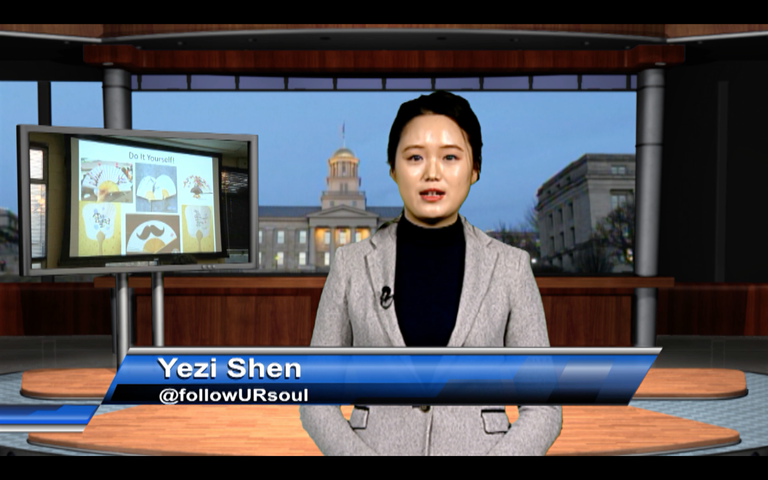 Yezi Shen graduated from the University of Iowa in 2015, where she studied journalism and mass communication, and cinema. Since then, she’s returned to her home country, China, where she now works in television programming.

Shen said that, at first, she found her classes at the UI very difficult.

“I still remember how much effort I put in when I took Media Uses and Effects and Media History and Culture,” she said.

Despite the challenges, though, her professor, Julia, and her TA, Stephanie, proved to be very helpful.

Shen was actively involved in the Daily Iowan TV news program, which she looks back on fondly. She is thankful to have worked with her professors Charles Munro and Angela Looney, as well as departmental staff member Tim Looney, who helped her tremendously.

“I was a shy girl and it was always hard for me to speak in front of people, but after taking a TV news production class and Radio and TV Storytelling, I could see my progress,” she said.

When she wasn’t behind the camera, Shen loved spending time at Burge Residence Hall.

“It’s a nice place that always tries its best to care for students—lovely food, nice people, and nice atmosphere,” she said.

“(After graduating), my UI friends and I got together in China and we all agreed to go back to Iowa later to eat there and attend a lecture. Go Hawks! Go Iowa!”

Virtual Homecoming is a chance to share memories from your time at the UI and reconnect with your alma mater, regardless of where you are in the world. During International Education Week 2016 (Nov. 14-18), we will be sharing some of these alumni stories.