Lecture on discussing the Arab world and Islam, Jan. 27 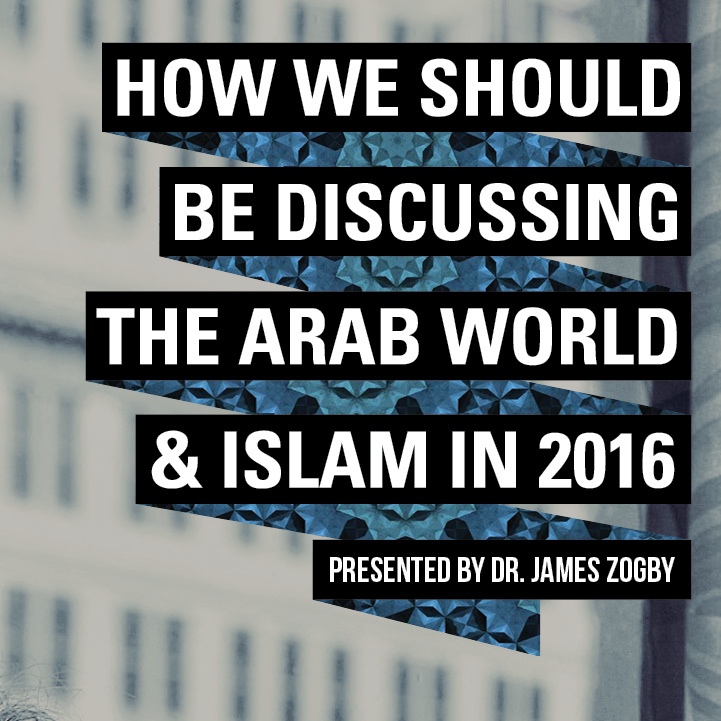 The event is free and open to the public, and will take place on Wednesday, January 27, 2016, from 12:30-1:30 p.m. in 1117 University Capitol Centre. It is co-sponsored by International Programs, CIVIC, the UI Honors Program, the UI School of Journalism and Mass Communication, the UI Center for Human Rights, and the UI Department of History.

Since 1985, Dr. Zogby and AAI have led Arab American efforts to secure political empowerment in the U.S. Dr. Zogby is also managing director of Zogby Research Services, LLC, specializing in research and communications, and undertaking polling across the Arab world. In September 2013, President Obama appointed Dr. Zogby to the United States Commission on International Religious Freedom, an independent, bipartisan U.S. federal government commission--the first of its kind in the world--dedicated to defending the universal right to freedom of religion or belief abroad. Dr. Zogby was re-appointed to a second term in 2015.

Since 1992, Dr. Zogby has also written a weekly column on U.S. politics for the major newspapers of the Arab world. The column, “Washington Watch,” is currently published in 12 Arab and South Asian countries. Dr. Zogby is the author of Arab Voices (Palgrave Macmillan, October 2010), in addition to a number of other books and publications including Looking at Iran and 20 Years After Oslo.

Individuals with disabilities are encouraged to attend all University of Iowa-sponsored events. If you are a person with a disability who requires a reasonable accommodation in order to participate in this program, please contact Jo Butterfield at civic@uiowa.edu or 319-335-0351.