The Japanese program received a $350,000 grant to upgrade Japanese education in Iowa.

By Katelyn Weisbrod, The Daily Iowan 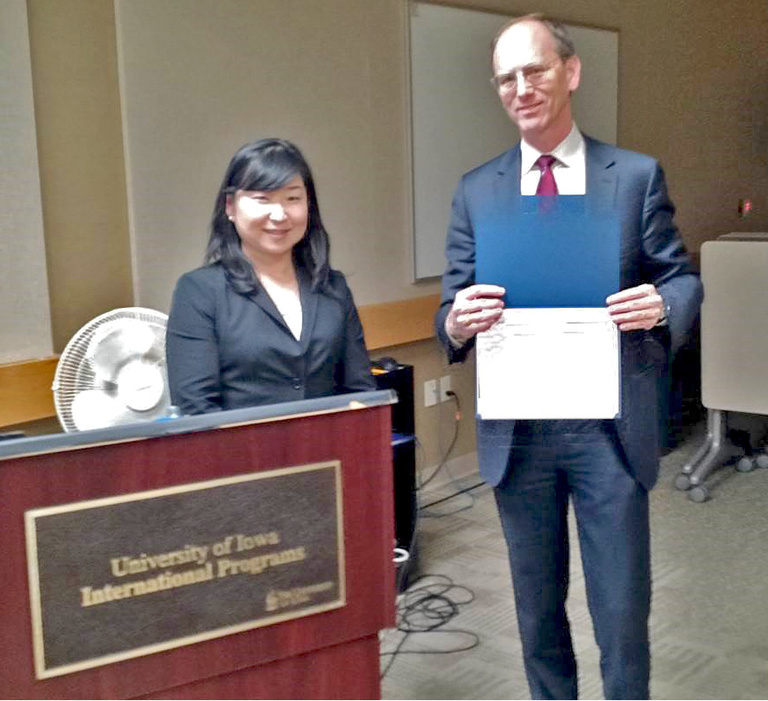 One campus language program is now flush with “okane.”

The Japanese program at the University of Iowa will be seeing several improvements thanks to a $350,000 grant from the Japan Foundation. Sawako Kojima of the Japanese Consulate in Chicago presented the award to UI Associate Provost and Dean Downing Thomas, who accepted the grant on behalf of the UI on Oct. 16.

“[The Japan Foundation] selects top-notch Japan-related programs for its grants,” Kojima said. “This year, the University of Iowa was recognized as one of the most important Japanese programs in the Midwest, thanks to its devoted faculty, staff, supporters, friends, and students.”

The grant will fund 10 categories, including travel, facilities, and programs for Iowa high schools. The UI will match the funds one-to-one.

“This is our preparatory year in which we’re starting to gear up and get things moving,” said Kendall Heitzman, a UI assistant professor of Japanese literature and culture. “Between 2016 and 2019, you’re going to see a lot of things happening at Iowa with a Japanese theme to them.”

Heitzman said the most notable thing on the grant is a tenure-track position for Japanese literary and visual culture. The search for a person to fill that position is already underway.

There will also be a new gathering space in the main library designated for East Asian studies. Heitzman said there would be growth in the Japanese collection as well. 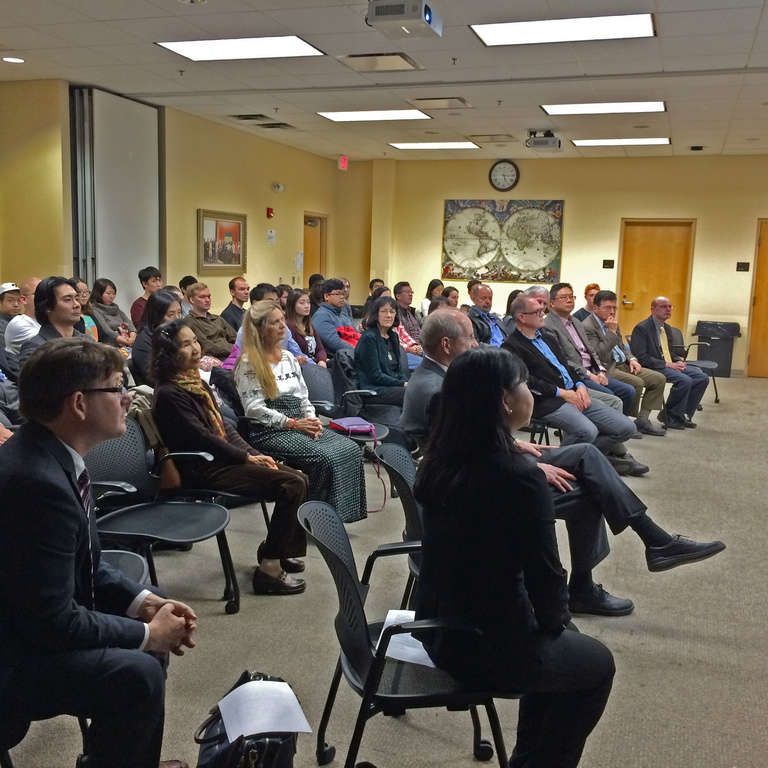 Attendees at the Oct. 16 award ceremony

“I think it’s safe to say what is currently the temporary music library next to the East Asian collection [in the Main Library] will in some form or another become East Asian territory,” Heitzman said. “Our main concern with that space is that it’s a place where undergraduates feel welcome.”

The grant will also support bringing writers, artists, and scholars from Japan to the UI. Writers will be able to participate in the International Writing Program.

Heitzman said the Japanese program is considering bringing in people involved with theater, film, and possibly graphic novels as well.

There will be funding for travel and research for faculty of Japanese studies and graduate students, as well as for study tours in Japan for faculty not in East Asian studies.

“Our hope is that professors in fields that have something of an interest in Japan will go and bring back an understanding of Japan that they will use in their classes that are not in our department but which we can all benefit from,” Heitzman said.

Thomas said several high schools in Iowa offer courses in Japanese language and culture, and some of the grant has been allocated to support such programming. There will be training workshops for K-12 teachers as well as a summer program for high school students.

“There are things in this grant that will benefit the Japanese program, the Asian- and Slavic-related programs that have a Japan component, the larger university community, the larger region, and state,” Heitzman said. “We’re very grateful for the opportunity to make all this happen over the next few years.”

The three-year grant will be completed by 2019.

Morten Schlütter, the director of the UI Center for Asian and Pacific Studies, said the changes would pose a challenge.

“It’s a very, very big effort and will require a number of people at the University of Iowa,” he said.