An American Student's Experience in China

This week I wanted to share an article written by an American student who recently studied abroad in China.  Creating a comfortable and welcoming campus for international students is not just the responsibility of my office or the international students themselves to "adapt."  Everyone must be involved, including U.S. students, staff, and faculty.  Jeffrey Ding exemplifies that.  Currently a senior undergraduate student, last year Jeffrey served at Vice President of the University of Iowa Student Government.  One of his primary areas of focus was international students and diversity issues, something he had been closely involved with before joining the student government.  Jeffrey has been a great ally to International Student and Scholar Services as well as international students on our campus, and I thought family members would appreciate reading a U.S. student's perspective.  Jeffrey also has his own personal connection to China, as he was born there but moved to the U.S. at a very young age.

The article can be read here or I also copy it below. 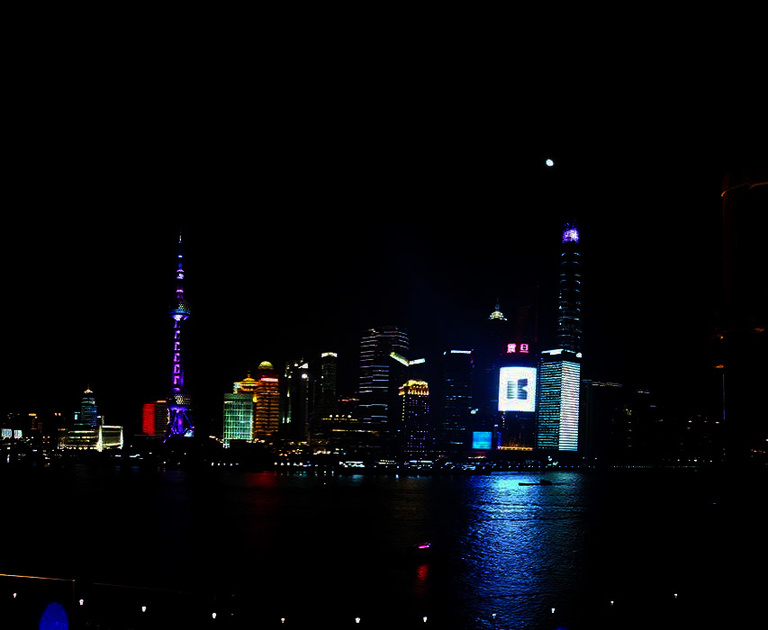 I love words. The paradox of love is it both requires an expression of totality but also one of discernment. When you love a person, the first attribute that comes to mind may be her beguiling smile, the way her voice sounds when she’s flustered, or the beauty mark on her elbow. What I love most about words is their capacity to express exactly what I – who I am in a particular context at that specific moment – would like to communicate. And I think in piecing together these words that contain our truths in their meanings we just may be able to find some kind of ultimate meaning.

My relationship with words has been severely strained while studying abroad at Peking University. I can’t rant compellingly about foreign policy in Chinese. I can’t write out the exact meaning of the previous paragraph in Chinese. But in some ways, the breakdown in my relationships with words has been healthy. In sports, the process is called “relearning fundamentals.” Christina Aguilera would call it “Back to Basics.”

And along the way, during an elective course on governance in China, I found a passage in Yu Hua’s China in Ten Words that clarified my understanding of words:

“Sometimes one needs an opportunity to truly encounter a certain word. We encounter all kinds of words in the course of our lives, and some we understand at first glance and others we may rub shoulders with but never fully understand. ‘The people’ belongs in that second category. It’s one of the first phrases I learned to read and write…It was only when I had a real-life encounter with it – disengaged from all linguistic, sociological, or anthropological theories and definitions – that I could not tell myself: ‘the people’ is not an empty phrase, because I have seen it in the flesh, its heart thumping.”

So, in the spirit of Yu Hua’s book, I’ll try to capture my real-life encounter with ten words in my China study abroad experience so far:

1. 谦虚 (humble, pronunciation: qianxu) – When celebrating a friend’s birthday, I couldn’t come up with the Chinese word for fork. Language learning is a humbling experience.

2. 移民 (emigrate, yimin) – This past week, I realized I had been introducing myself in Chinese with the wrong words all along. I would always say I “moved” to China at the age of three, but the word I used for “move” connoted a move from one place to a nearby place. Instead, I should have used the Chinese word for “emigrate.”

3. 宏伟 (magnificent, hongwei) – The Bund – and its 52 buildings of eclectic architectural styles - embodies China’s colonial history along with its modern financial prominence. It is the symbol of Shanghai’s magnificence.

4. 毅力 (willpower, yili) – Willpower is accepting that language learning is a humbling experience. It is accepting that challenge. It is writing down 20 pages worth of new vocabulary to review, creating flashcards on the phone to look through in pockets of free time, and continually building upon ever-deepening foundations of knowledge, gradually piecing together a three-dimensional puzzle.

6. 新鲜 (fresh, pronunciation: xinxian) – There is charming street market around the corner from my grandparent’s house in Shanghai. Along this street, there are clotheslines with the neighbor’s undergarments for the world to see, there is a person cutting open a soft-shelled turtle for consumption (I presume), there are dizzying amounts of fresh fruit, and there is a sign that translates as “Not the normal type of fresh.” I quite like walking this distinctively fresh street.

8. 相对 (relative, pronunciation: xiangdui) – Easterlin’s paradox, a term introduced in my Ecological Economics class, posits that income as a determinant of happiness only matters in relative not absolute terms. We don’t want to be rich; we just want to be richer than our neighbors. Easterlin’s “relative status” theory was based on studies comparing happiness in different countries. I’ve been thinking about a different “relative status” theory as it applies to study abroad. Study abroad changes your points of comparison, thus changing your relative relationship to every single parameter from wordsmithery to standards of attractiveness to common sense knowledge.

9. 熵 (entropy, shao) – If the title of this blog post wasn’t designed to entice readers who enjoy list articles, then I would have named it “Embracing Entropy.” Entropy is getting lost constantly, taking risks by participating in class even though you don’t have a complete grasp of the present discussion, and coming to grips with the ultimate heat death of the universe.

10. 国庆节 (National Day, guoqingjie) – You may be wondering why I’m writing so much about Shanghai, instead of where I go to school in Beijing. A more organized person would have started with 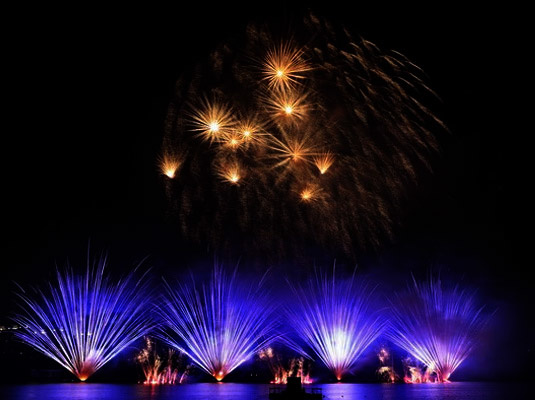 this word. But that person would not be embracing entropy. I’m in Shanghai because we have a one-week break to celebrate National Day, and I am spending the holiday in my birth city with my grandparents.

To celebrate, I went with my aunt and cousin to see a fireworks show. I had been struggling to find a way to describe my pride in my Chinese ethnicity during the holiday, especially since I had worked at the U.S. State Department this past summer and I hope to work for the U.S. government in the future. But before the fireworks show, which featured the winning displays from international competitions, I witnessed thousands of Chinese spectators stand for the Austrian and Canadian national anthem, and then subsequently applaud with genuine appreciation at the end of the shows. I think that is something to celebrate.

*Jeffrey Ding is a senior from Iowa City, IA studying political science, economics and Chinese at the University of Iowa. He will be spending this fall in Beijing, China on the CIEE Advanced Chinese Studies program and will continue living there next semester as he pursues an internship funded by a Boren Scholarship.