This article originally appeared as a guest editorial in the Iowa City Press-Citizen on July 14, 2015 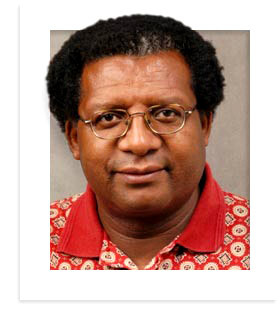 The time has come for me to say goodbye to the University of Iowa where for 12 years, I had the opportunity to explore a tiny tributary of the might river of knowledge.

With the exception of my village in Africa, Iowa has probably shaped my life more than any other place I have called home.

My stay in the Hawkeye state has been a period of discovery and self-discovery. When I got here, a friend from Africa introduced me to a place where I could purchase fresh vegetables, meat and poultry products at reasonable prices.

The place was Kalona. The farmers were Amish.

“Amish chicken tastes like African chicken,” my friend told me as we approached our destination.

I had read that the Amish were the white “tribe” of America, a closed, highly-disciplined, hard-working, Swiss-German ethno-religious group that came to America in the 18th century to escape religious persecution and war in Europe. I also understood that they spoke an old German dialect and tended to avoid unnecessary social contact with mainstream American society.

My view of the insularity of the Amish changed during the flood of 2008. As UI faculty, staff and students frantically placed sandbags around threatened buildings, I was pleasantly surprised to see Amish men and boys join in the community effort to save the Main Library and the Adler Journalism Building.

I was to learn later that, through the Kalona marketplaces, the Amish have a special relationship with a segment of the UI community.

“Habari yako!” (“How are you doing?”), a 14- or 15-year-old Amish young man (I’ll call him Hans) greeted us in Swahili as we entered their family compound. He smiled broadly and shook my hand.

A horse and buggy were tethered next to a sign that read “No cameras, no Sunday sales.”

The place was a beehive of activity. Five or six African women were hunched over in a nearby field, picking spicy peppers. Two African men were harvesting pumpkin and butternut squash leaves. 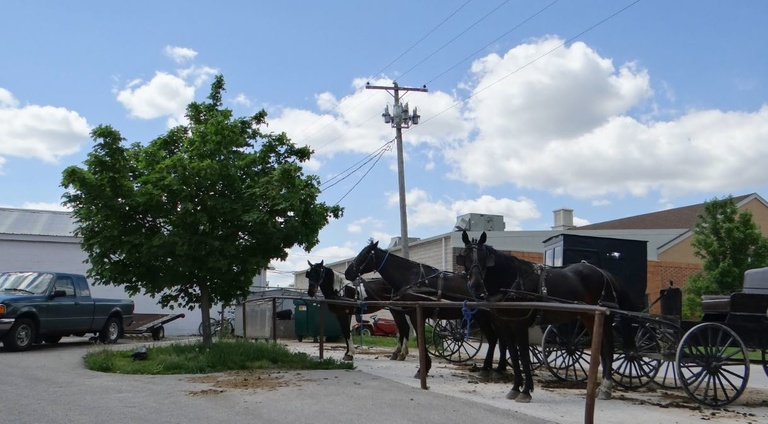 The man entered a small building that served as their meat and poultry processing facility. An older lady and two girls dressed in long, dark-blue dresses were processing chicken for a number of waiting customers from several parts of the world.

Chen, a graduate student from Iowa State University, told me he was there to purchase a calf and some fresh chicken, which he will share with five other Chinese families.

“Amish chicken is fresh. Tastes like Chinese chicken,” he said.

International scholars and the immigrant communities in the area have developed an interesting relationship with a number of Amish farmers. The internationals buy livestock ranging from cows to rabbits from the farmers, who process the animals for a small fee according to specific cultural preferences.

Hans told me they sell and process more goat than any other meat because it is a delicacy in many parts of the world.

Kalona soon became one of my favorite places in Iowa.

One Saturday morning, I ran into Mohammed, an Egyptian visiting research scientist at UI Hospitals and Clinics. He told me he came to Kalona because it was the only place in the area where he could have halal (ritually permissible) meat prescribed in Muslim dietary laws.

When he selected the goat he wanted to purchase, the Amish farmer discreetly stepped out of the shed. The Egyptian researcher quietly recited the requisite prayer and slaughtered the goat. Thereafter, the Amish farmer processed it according to the buyer’s specifications.

On another occasion, I met Siri, who told me he was a refugee from Myanmar (Burma). He was a short, soft-spoken man with a head full of hair, a broad, smiling face and a whiff of a beard.

Siri had a big plastic tub and a plastic bowl that he held close to his body like a container of precious jewels. The bowl contained gall bladders of recently slaughtered animals. I watched Siri approach some Chinese students who had just purchased a calf. He had a quick conversation with them and they came to some kind of agreement.

While the calf was being processed, I asked Suri why he collected gall bladders.

“Medicine for diabetes,” he informed me. He explained that greenish bile juice (the content of gall bladders) mixed with some herbs and a touch of vodka controlled diabetes. He said he had learned this medicinal concoction at a refugee camp in Thailand, where he had spent a number of years.

“America is a good place. They just waste too much food. In refugee camp, people kill for this,” he said, pointing to the offal of the butchered calf.

The Amish farmer looked at the Chinese students who had paid for the calf. They nodded their approval. Siri placed his precious bowl of gall bladders in the front seat of his battered Toyota, waved to us and disappeared in a cloud of gray dust.

Thus ended another week in the multicultural life of Kalona. I will miss that place, which in its own way, embodies the American spirit of independence and self-reliance.

Leo Eko is a former professor of journalism at the University of Iowa and International Programs faculty fellow for the African Studies Program.