By Li Dai, The Daily Iowan

​Wang Wenlan's visit was part of a photojournalism symposium to highlight the evolution of photojournalism, “From Local to Global — Photojournalism in the New Millennium" hosted by the Center for Asian and Pacific Studies and the School of Journalism and Mass Communication in April 2015. 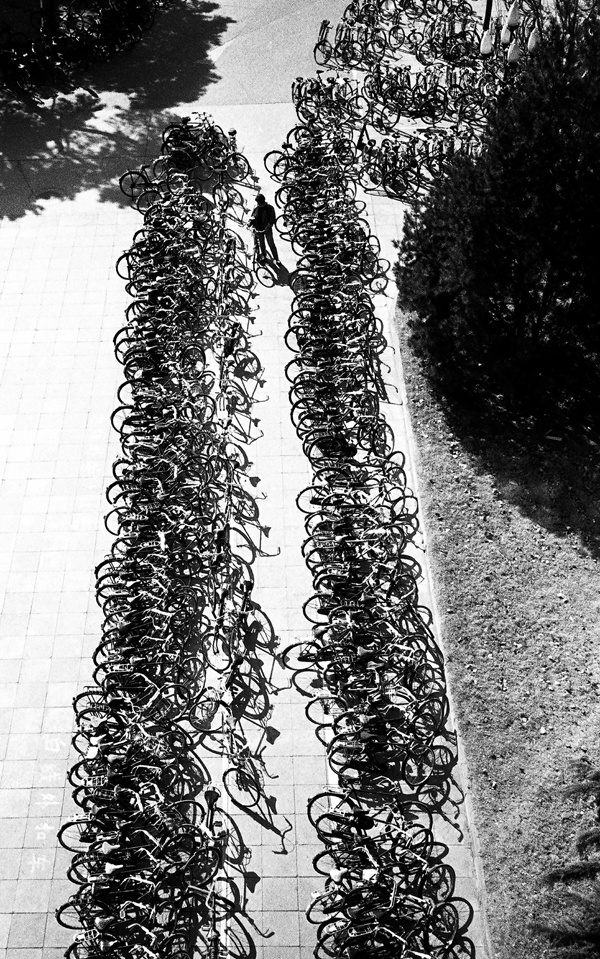 Chinese photographer Wang Wenlan, with a career spanning the post-Mao decades, has produced a rich chronicle of a changing society.

“The whole process of China’s reform over the past four decades — whether going forward or stalling — I’ve been determined to and have managed to document it all,” Wang said.

A photo exhibition of Wang’s work will run through May 12 in the Adler Journalism Building Resource Center. Photographs include representations of bicycle repairmen and construction from the 2008 Beijing Summer Olympics.

“My biggest regret was not to capture anything meaningful during the Cultural Revolution period; it would’ve been a precious record,” he said.

The Cultural Revolution, now widely regarded as a dark phase in the country’s history, was a social-political movement in China from 1966 until 1976 under former Communist Party Chairman Mao Zedong.

Wang joined the national English-language newspaper China Daily in 1981, and he has spent most of his career there.

“Thanks to the China Daily, I stood out,” Wang said. “It was an irreplaceable platform.”

Wang’s  images show the changes in China. With China’s rapid economic development, changes are everywhere. Wang is dedicated to recording these changes, the contradictions between old and new, between tradition and modernity — all through his camera.

During the post-Cultural Revolution period in the 1980s, when China began to open up to the outside world, “people thought nothing was impossible,” Wang said.

“We reflected on the past and were determined to move on,” he said. “It was a special time. The air was filled with ideals, enthusiasm and all kinds of possibilities.” 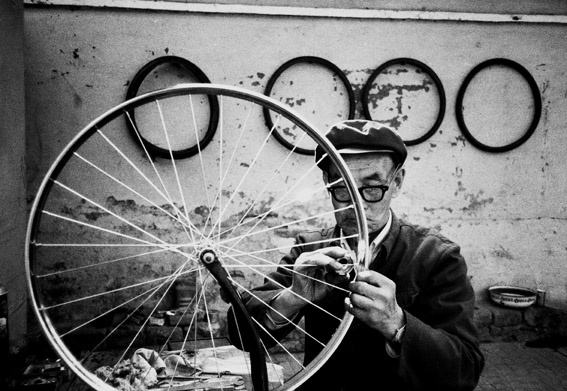 He said today’s China is different.

“The country’s goal has shifted toward a transition to a market economy since the 1990s,” he said. “Individuals also have since switched their focus onto consumerism and incomes from ideals.”

UI journalism Professor Judy Polumbaum is the curator and organizer of this exhibition.

“I have known Wang Wenlan for 35 years, and his work is amazing, so I wanted to help to introduce it to more Americans.” she said.

She said Wang’s 40 years of work covers many social and cultural changes throughout Chinese history.

“He basically has documented their parents’ lifetimes and their lifetimes,” she said.

Polumbaum said the messages they hope to deliver through the exhibition are “first of all, the dramatic changes in Chinese society. Second of all, the clarity and humor and passion with which one individual.”

“He shows a lot of hidden corners of China,” she said. “Not necessarily dark or ugly corners, but hidden things that do not get attention otherwise.”

His photos over the past four decades take the audience from China’s countryside to the growing cities.

“My job isn’t to chant slogans,” Wang said. “I take photos first. It’s great if they can be published; if not, they’ll eventually be part of the history.”

Wang said what matters is the perspective, and he felt obligated to observe and criticize through his lens over the years.

“China is unfinished,” he said. “It’s always a work in progress.”

Resource Center coordinator Jennifer Cooper said they do not keep track of the number of people who have visited the exhibit, but she sees people looking at the photos daily.

“I think there are a lot of students interested in the exhibit,” she said. “Many students who come in to the Resource Center for other things stop and look at the photographs. I think other students have heard about the exhibit and come specifically to see it.” 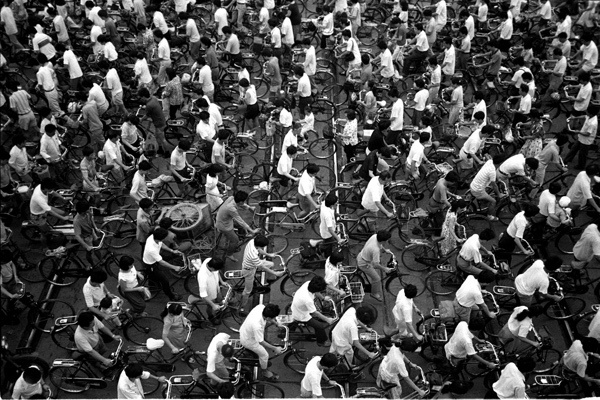 UI student Ya Wang, who comes from China, said it is a really nice exhibition that could show people here the cultures and changes in China.

“I can see the changes through the eye of the photographer Wang Wenlan,” she said. “I come from China, but these photos show me a completely different China.”

She said this exhibition could help Americans to change their perceptions of China.

UI student Siyan Jiang said words couldn’t express how much she liked the bicycle photo collection because it helped her to recall her memory in childhood.

“I enjoyed all of Wang’s wonderful photographs,” Jiang said. ‘The moments that were captured are really powerful.”

UI student Shuai Zheng, who worked with Polumbaum to organize the symposium, said that as China continues to change, he hopes Wang will continue to display his works.

“Helping people gain greater understanding of the real China through a photo exhibition that will never be finished,” Zheng said. “Since the start of China’s reform and opening, along with changing forms of transportation, people’s habits and ways of thinking have altered dramatically.”