New media and social change in the Middle East

By Ahmed Souaiaia for the Iowa City Press-Citizen 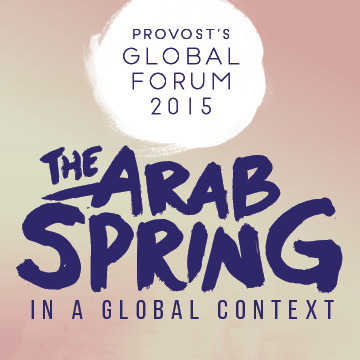 As the government of Iraq launches a well-coordinated military campaign to drive ISIL out of the Iraqi city of Tikrit, governments and NGOs fear that Shias will unleash acts of vengeance against the Sunni population in the towns and cities in northern Iraq.

Social media and satellite television stations such as Al Jazeera have amplified such worries by broadcasting images allegedly of Sunni civilians being abused by some members of the newly recruited fighters known as the “People Mobilization Forces,” fighting alongside the military and security forces. Despite the lack of credible evidence, al-Azhar and Najaf, the two eminent Sunni and Shia centers of religious authority, became involved. Al-Azhar accused Shia fighters of abusing Sunni civilians and Najaf responded by asking al-Azahar to send observers to monitor the military campaign instead of relying on ISIL sympathizers who are manufacturing such incidents.

As has been the case since the start of the Arab uprisings in 2011, Al Jazeera, Al Arabiya and social media have played a key role not only reporting on these transformative events, but also providing radically different narratives about events in each country depending on the sectarian and ideological backgrounds of various actors.

The complex relationship between the media and social change movements are receiving increased attention from academics and researchers, and the University of Iowa will introduce some of these scholars to the public in late April. 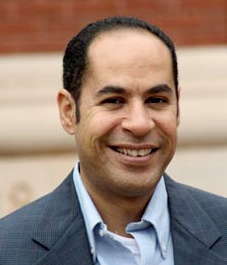 In just over a month, Iowa City will welcome one of the nation’s most pre-eminent Middle East scholars, Dr. Mohammed el-Nawawy. El-Nawawy, a professor of International communication and Middle Eastern studies at Queens University of Charlotte, will be one of four keynote speakers in the upcoming Provost Global Forum, “The Arab Spring in a Global Context.” The conference will examine the plethora of issues that new legal regimes must continually navigate in the countries affected by the wave of uprisings known as the Arab Spring. El-Nawawy’s research focuses on the ever-changing context of new media and social media in the global public sphere, specifically the Arab public sphere.

This, observed in context of political movements in the Middle East, reveals completely new meanings to social movements and political activism. Online activists displayed an enthusiasm that spread so rapidly it moved from the intangible world of cyberspace to embody actual protests in the streets, becoming what we now call the “Arab Spring.” It was at this point, el-Nawawy says, that “changed the political face of the Middle East.” His latest book, “Egyptian Revolution 2.0: Political Blogging, Civic Engagement and Citizen Journalism,” breaks down this convergence of political activism in virtual and real spaces.

Another facet to his research includes his examination of the practices of Al Jazeera English and Al-Jazeera Arabic. This knowledge of both Arab and Western ways of thinking puts el-Nawawy in a truly unique position, allowing him to “utilize (his) research and academic scholarship to contribute to bridging the East-West gap.” Along with professional journalistic experience in the U.S. and in the Middle East, el-Nawawy co-authored books on Al-Jazeera in particular, including “Al-Jazeera: The Story of the Network That Is Rattling Governments and Redefining Modern Journalism.”

A strong advocate of intercultural dialogue, he says his research and professional journalistic experience allows for mediating effective dialogue between the East and the West. His research and professional knowledge are sure to fuel some interesting discussion and benefit students and scholars, especially those in fields of journalism, media, mass communication and social activism.

El-Nawawy will speak May 1 as part of the Provost Global Forum, which will take place April 28 to May 1. All events are free and open to the public. Public registration is now open!

Ahmed E. Souaiaia is an associate professor with joint appointment in religious studies, international programs and the College of Law at the University of Iowa.