By Brendan Magee, The Daily Iowan 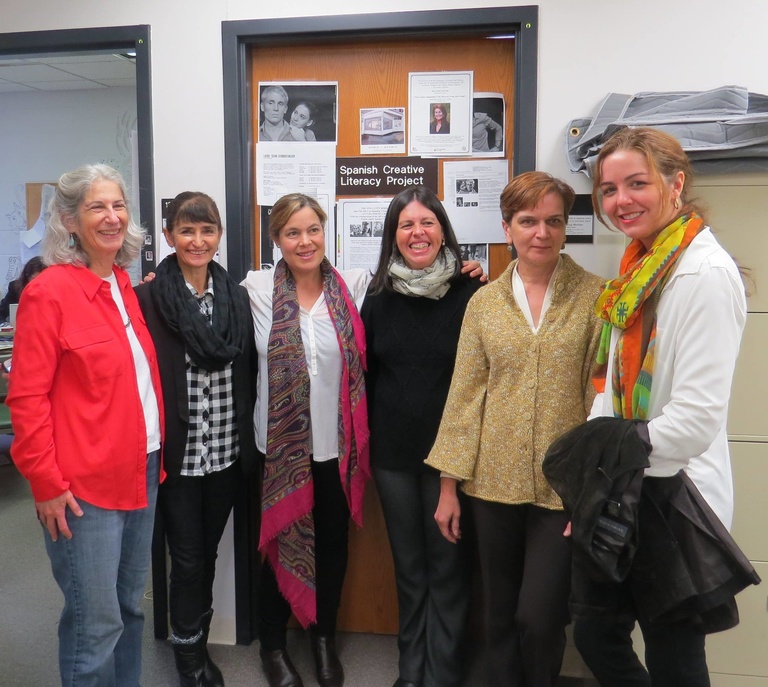 The 2014-15 Fulbright Language Teaching Assistants at the UI Division of World Languages, Literatures, and Cultures

Fewer students are enrolling in foreign-language university courses nationally, a study says, but the University of Iowa is not following the trend. According to a survey conducted by the Modern Language Association, there has been a 6 percent decrease in aggregate enrollments.

At the UI, however, enrollment numbers have stayed consistent, wrote Russell Ganim, the director of the UI Division of World Languages, Literatures, & Cultures in an email.

“Over the last 10 years, enrollment has either increased or stayed the same,” he said.

Ganim pointed to several factors on why UI enrollment hasn’t followed the national trend. He said the UI’s world-language requirement, a large number of international students interested in language, and globalization all have helped. One language has seen a significant decrease in enrollment both nationally and at the UI.

According to the Modern Language Association study, there has been a 10 percent drop nationally in students who enroll in Spanish. Statistics provided by Ganim reveal there has been 3 percent decrease at the university in the Spanish program.

“I was most surprised that Spanish enrollments were down, given the enormous growth in that language over the past few decades,” said Rosemary Feal, the executive director of Modern Language Association. “At the same time, it means that students are taking a wider range of languages, and that is a good thing,”

It’s hard to say why there’s been such a decrease in enrollments of Spanish, said Duarte Silva, the executive director of the California Foreign Language Project.

“A lot of the students are heritage-speaking and probably feel that they have command of the language and go to other languages that will also open new worlds for them,“ Silva said.

One UI official said part of the reason Spanish has seen the decline is better high-school education.

“The decrease in Spanish enrollments can [also be] in part be attributed to the better preparation that high-school students receive,” said Mercedes Niño-Murcia, the head of the UI Portuguese/Spanish department. “They come to the university better prepared and test out of the language requirement. Of course, we should celebrate this accomplishment of their teachers.”

UI freshman Amy Luong said the difficulty of college language is what kept her away from Spanish after being exempt from the foreign-language requirement.

“I didn’t want to continue taking a foreign language because my high-school teachers told me it’d be more difficult and less hands-on than it would be in high school, and if I stick with it and earn the college credit, I can continue on with classes related to my major,” she said.

UI sophomore Lorelai Danes said she enrolled in Spanish because the language is beautiful and wanted to learn more about its culture.

“I think it’s important to learn a foreign language to diversify yourself,” she said. “Americans are so American-centric; it’s a good thing to be cultured.